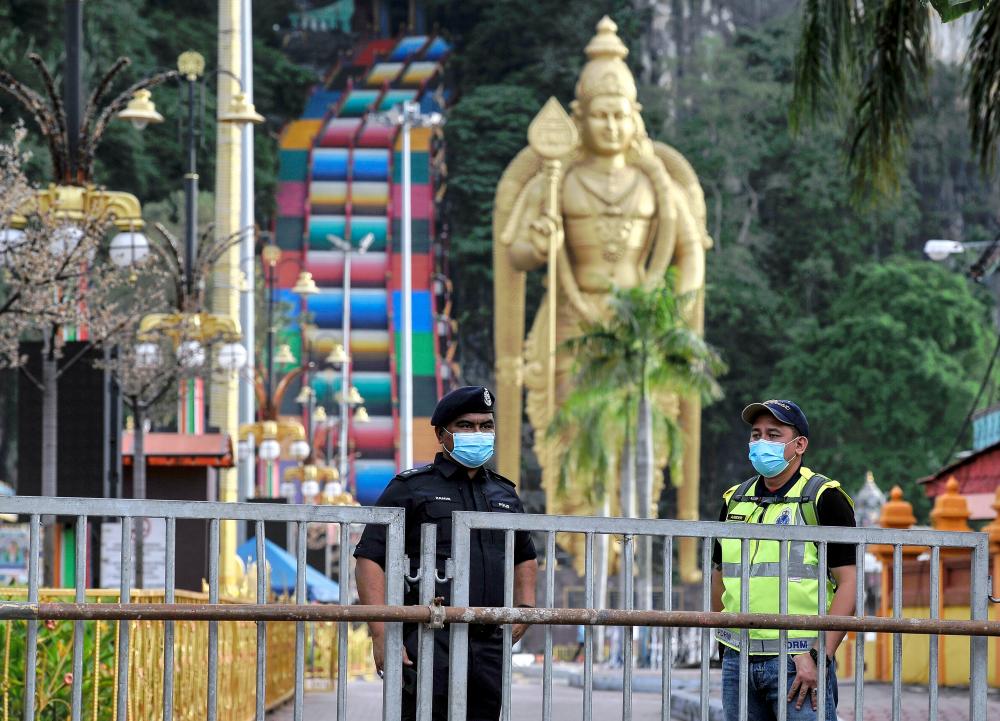 GOMBAK: About 1,300 police personnel will be deployed to control the crowd and monitor standard operating procedure (SOP) compliance as well as ensure the smooth running of the Thaipusam celebration at Batu Caves from tomorrow (Jan 16) until Friday (Jan 21).

“They will be assisted by other departments and agencies, like the Ministry of Health (MOH), Selayang Municipal Council (MPS), Malaysian Fire and Rescue Department (JBPM), Malaysian Civil Defence Force (APM),” he told a media conference at the Gombak District Police Headquarters today.

He also said that the management of the Sri Subramaniar Swamy Temple in Batu Caves will provide three special passes that must be used by those carrying ‘paal koodam’ (milk pots), attending prayer sessions and to be in the temple compound.

He also said that kavadi processions were not allowed this time, adding that compound notices would be issued to those who flouted the SOP.

“Several alternative routes will be opened during the period for smooth traffic flow and the convenience of those living in the areas in Gombak and Batu Caves,” he said.