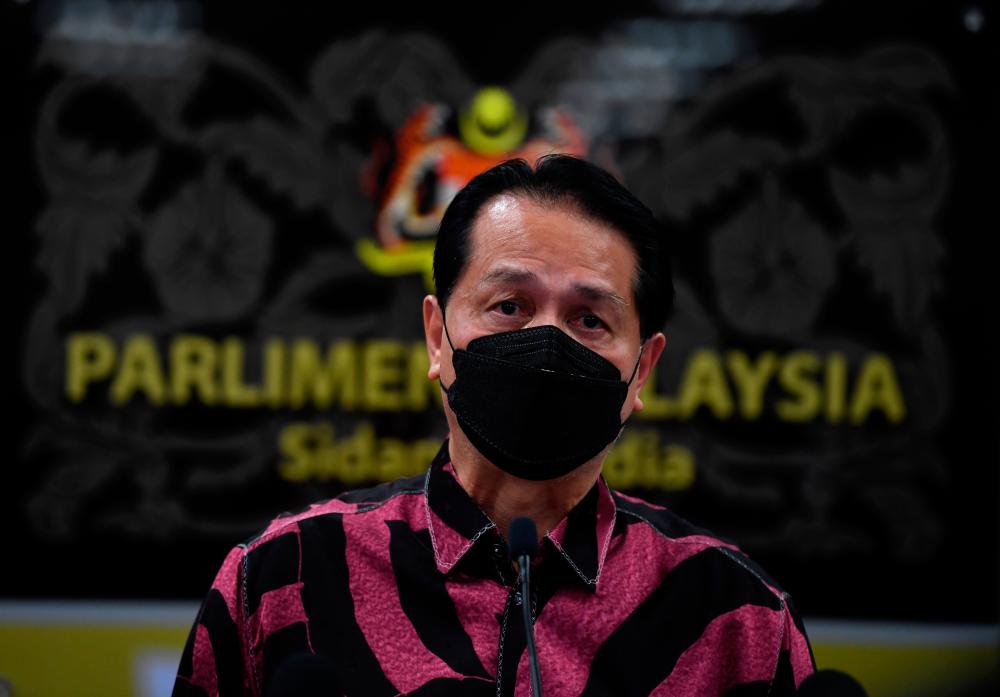 KUALA LUMPUR: The number of Hand, Foot and Mouth Disease (HFMD) cases in the country has recorded an increase of 15 times, to 31,661 as of May 14, compared with only 2,121 cases reported in the same period last year, said Health director-general, Tan Sri Dr Noor Hisham Abdullah (pix).

He said a total of 7,526 cases were recorded during the epidemiological week (ME 19/2022) which ended on May 14 alone, an increase of 349 per cent compared with the previous ME with only 1,676 cases reported nationwide.

“The majority of cases occurred in kindergartens, nurseries or pre-schools, with 575 outbreaks or 65 per cent of the total cases, followed by private homes with 305 outbreaks (34 per cent), and childcare centres with 27 outbreaks (three per cent),” he said.

Dr Noor Hisham said that most of the HFMD cases occurred among children aged six and below, at 29,781 cases or 94 per cent, followed by children aged seven to 12, at 1,473 cases.

Outbreaks appear to be exacerbated during the incubation period of HFMD.

Dr Noor Hisham also warned that HFMD is an infectious disease that needs to be notified under the Prevention and Control of Infectious Diseases Act 1988 (Act 342), and the public can report the occurrence of HFMD cases to the nearest district health office.

In addition, he said that HFMD is closely related to personal hygiene and environmental practices, with the infection rate among children under 10 years old being almost 100 per cent, especially in premises where children gather such as in kindergartens, nurseries or schools.

Therefore, parents and guardians of children with symptoms of infection are advised not to take them to public places; bring children for treatment, and clean children’s toys and floors, especially the toilet.

As a proactive measure to curb the spread of infectious diseases, he said that the MOH, through the MySejahtera application, had activated the latest infectious disease detection feature to detect cases other than Covid-19, such as rabies, dengue and measles.

“This helpful feature can help the public to check the status of red dots and cases of infectious diseases reported in an area, and help them plan and carry out daily activities carefully,” said Dr Noor Hisham.

Meanwhile, he said that a total of 1,074 dengue cases were recorded in ME 19, an increase of 365 cases or 51.5 per cent, from the number of cases reported in the previous ME with only 709 cases.

Perlis, Melaka, Johor, and Pahang recorded a drop in the percentage of cases, while the cumulative number of deaths recorded due to dengue in ME 19 currently stood at nine. - Bernama