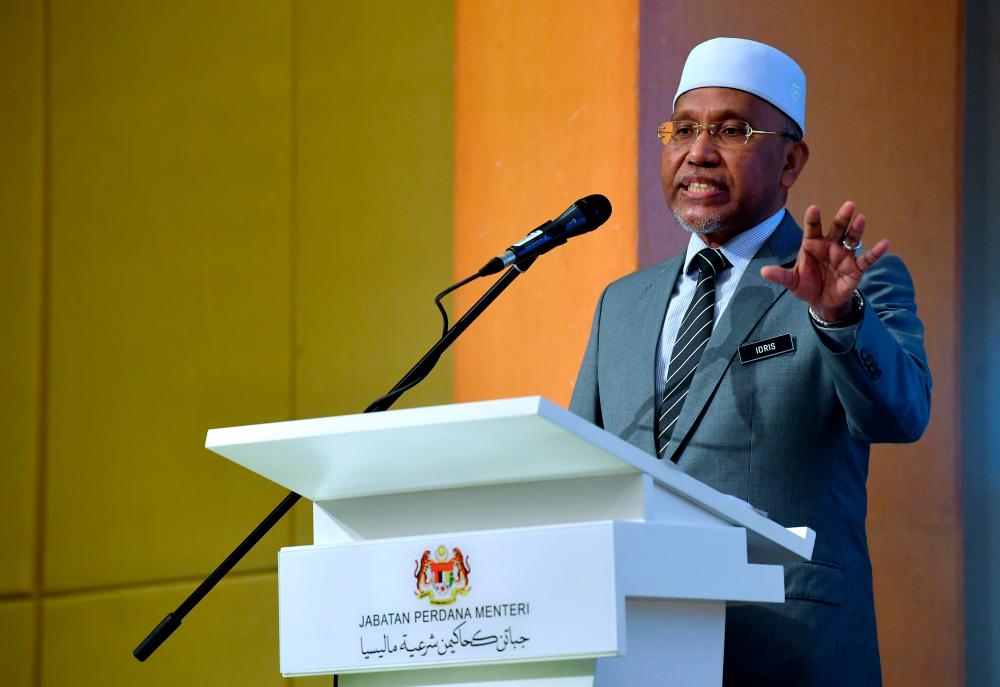 PUTRAJAYA: About 72 per cent or 15,294 cases out of 35,957 sulh (conciliation) cases registered in Syariah courts nationwide from 2019 to June 2022, recorded amicable settlement after going through sulh proceedings.

Minister in the Prime Minister’s Department (Religious Affairs) Datuk Idris Ahmad said that among the cases are spousal support, child support, idah (the period a woman must observe after the death of her husband or after a divorce, during which she may not marry another man), mut’ah (a temporary marriage that is contracted for a limited or fixed period and involves the payment of money to the female partner), marital property, hadhanah (taking care and nurturing young children by providing maintenance and education), betrothal damages, marriage damages and demands to return to obedience.

“The direct effect of the settlement of cases through this sulh method is that the Syariah court can provide immediate justice to the disputing parties by shortening the resolution time,“ he said while speaking at the Outreach Sulh Programme, here today.

Idris said the remaining 28 per cent of the total sulh cases registered during that period had to be brought for trial before a judge.

He said hearings in Syariah courts should be used as a last resort to resolve all family disputes, while sulh platforms, negotiations, mediation or marriage counselling sessions should be given attention and priority.

Idris said the success of a sulh case is closely related to the skills and competence of the officers.

“I understand that most mediation officers in the Syariah courts have mediation skills accreditation certificates such as those issued by Accord Group Australia, basic mediation certificates by the Malaysian Mediation Centre, basic psychological skills, counselling and others,“ he said.

Idris said the Malaysian Syariah Judiciary (JKSM) has been instructed to continue efforts to improve the skills of sulh officers from time to time.

“I believe that knowledge related to mediation and sulh will also always develop according to the passage of time and of course, the latest dispute resolution techniques need to be explored and put into practice,“ he said.

Meanwhile, JKSM director-general and Chief Syariah Judge Datuk Dr Mohd Nai’m Mokhtar said in the Syariah court, parties who file a claim after a divorce are required to go through the sulh process to resolve the dispute amicably as stipulated in Section 99 of the Syariah Court Civil Procedure Act (Federal Territories 1998 [Act 585].

He said there are still people who refuse to attend the proceedings due to egoism and ignorance. - Bernama 2.Anti-stalking bill to be tabled for second reading in Dewan Rakyat next month

3.Bukit Jalil LRT station to operate until 1 am on Oct 1