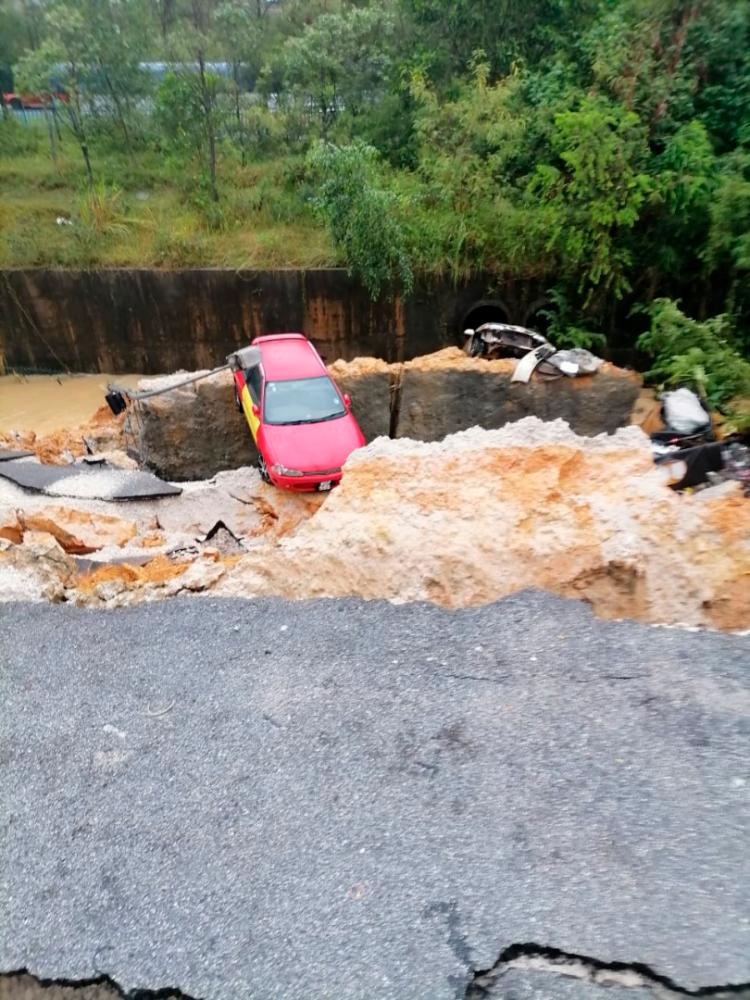 The notice was released by the district police department.

In a Facebook post, the Subang Jaya City Council’s (MBSJ) corporate and strategic management department deputy director, Azfarizal Abdul Rashid said they have also ordered vehicles parked in the vicinity to move to a safer place.

Yesterday, the ground surrounding a stormwater drain in the area collapsed at about 6.40pm, causing five vehicles to plunge into the drain. No one was hurt.

There were no reports of any casualties.