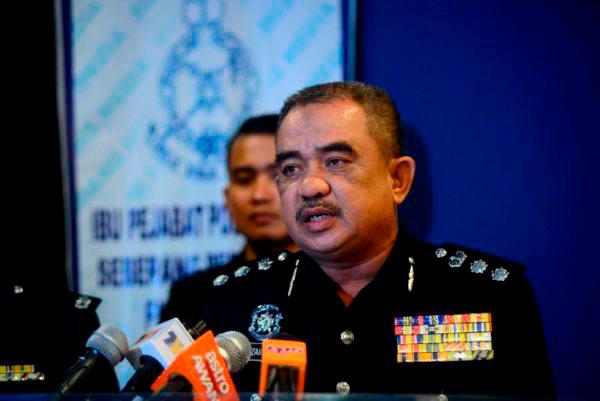 BUTTERWORTH: A form five student has been detained to assist with investigations into the discovery of the body of a baby girl found in a rubbish bin in the vicinity of ​​Flat B4 Taman Bagan here, today.

The 17-year-old girl was taken to the Seberang Jaya Hospital (HSJ) at 6pm today after her neighbours found her bleeding and in pain at her house.

According to police sources, the teenager admitted to giving birth to the baby girl yesterday evening, and that she had a sexual relationship with her boyfriend who is also 17.

“According to the girl, she gave birth to her child while in the toilet, and during the incident, there was only her six-year-old sister at home, while her father was out at work, and her mother lives separately as the parents are divorced.

“The teenager claimed that she believed the child was dead when she delivered, as the baby did not cry or make any noise. She panicked and wrapped the baby in a cloth and threw it into a rubbish bin located near the flat,“ the source told Bernama today.

The source said the girl’s father also did not suspect anything because his daughter did not show any changes, and was often at home during the Movement Control Order (MCO).

The girl’s neighbour, who found her in pain and bleeding, immediately called an ambulance and the police to report the incident.

“The teenager is currently receiving treatment at HSJ and she will be detained after the treatment. Her child’s body was also sent to the same hospital for autopsy,“ he said, adding that the police are currently tracking down the girl’s boyfriend, who is also her schoolmate, to assist with investigations under Section 318 of the Penal Code.

The baby’s body wrapped in a piece of cloth was found by a resident there along with two Myanmar men who were carrying out cleaning work and collecting rubbish in the flat area at 9.35am today.