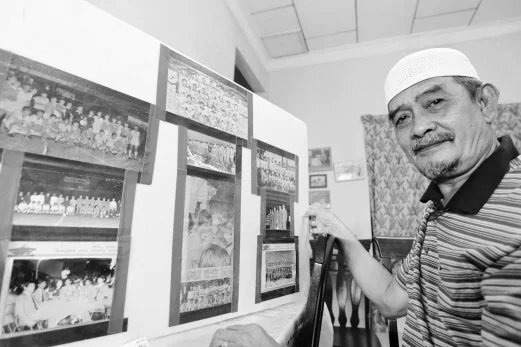 KUALA LUMPUR: Former national Olympic footballer Salleh Ibrahim (pix) passed away at 12.30pm yesterday at his residence in Pengkalan Chepa due to an enlarged liver. He was 72.

Kelantan Football Association (KAFA) president Datuk Wan Abdul Rahim Wan Abdullah described Salleh, who represented the country at the 1972 Munich Olympics, as one of the greats from the golden generation of Malaysian football.

Wan Abdul Rahim told Bernama that Salleh’s passing was a great loss to the nation.

Salleh, who was buried at the Kampung Landak cemetery in Pengkalan Chepa, leaves behind his wife, Zainon Abdullah, and six children.

Salleh, who played as a winger, is fondly remembered for scoring the second goal in Malaysia’s 3-0 win over the United States in a group match in Ingolstadt at the Olympic Games in Munich, Germany in 1972.