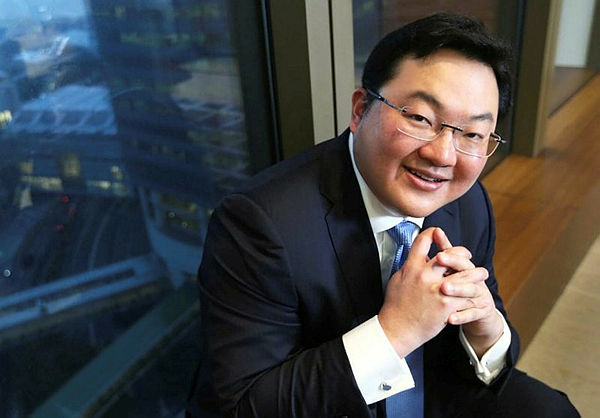 KUALA LUMPUR: The High Court today was told that the 1Malaysia Development Berhad (1MDB) board of directors (BOD) was not informed about the decision to split the US$1 billion meant for 1MDB-PetroSaudi International Ltd (PSI) joint venture (JV) into US$300 million and US$700 million, with the bigger portion eventually going to Good Star Ltd.

Previously, the court heard that US$700 million (RM2.93 billion) was diverted into the account of Good Star Ltd, a company that was initially represented as a PSI subsidiary but was revealed to be controlled by fugitive businessman Low Taek Jho (pix) or Jho Low.

Former 1MDB chief executive officer (CEO) Datuk Shahrol Azral Ibrahim Halmi said the BOD’s consent was not obtained before the split due to time constraints and the ‘need to get things done’.

Queried by Najib’s defence lead counsel Tan Sri Muhammad Shafee Abdullah during cross-examination, the witness said based on the Director’s Circular Resolution (DCR), the board had previously authorised one lump sum (of US$1 billion or RM4.18 billion) to be paid only to the JV company and in return, it will receive one billion shares.

Shahrol Azral however, could not name the person who was behind the decision to split the fund, contrary to the DCR.

“I had agreed to the split on the assumption that it was alright and given the fact that Jho Low was in close contact with Datuk Seri Najib Abdul Razak, and that time, my frame-of-mind was that “This is something that needs to be done and everything is in order”.

“Ultimately, Casey Tang (1MDB executive director) convinced me it was alright and we will inform the BOD afterwards,“ the witness said.

Earlier, the witness said the whole thing about the US$1 billion splitting came about after Casey brought a document signed by PSI co-founder and CEO, Tarek Obaid to amend some of the clauses in the JV agreement.

Shahrol Azral said some of the amendments including changing the JV bank account from Banca Della Svizerra Italiana (BSI) Bank to JP Morgan and the US$700 million will be payable to PSI.

Pressed further by Muhammad Shafee, the witness disagreed that he had knowledge of the fund split and the decision to split the US$1 billion payment for the JV company into US$700 million and US$300 million (RM1.26 billion) was reckless.

“It was just a matter of how the payment was made to the JV company. Casey convinced me and in good faith, I accepted that it was not reckless, the decision was made based on what I knew and believed at that time,“ he said.

Shahrol Azral also said he was not interested to read the 1MDB report prepared by the United States of America’s Department of Justice (DOJ) because it had accused him of being complicit in the US$700 million transfer of 1MDB funds into Jho Low’s Good Star in 2009.

“I scanned through the document but so far they only have incomplete information. The DOJ didn’t even bother to ask me (about 1MDB). It is best for me to leave it to the Malaysian authorities to investigate and report,“ he said.