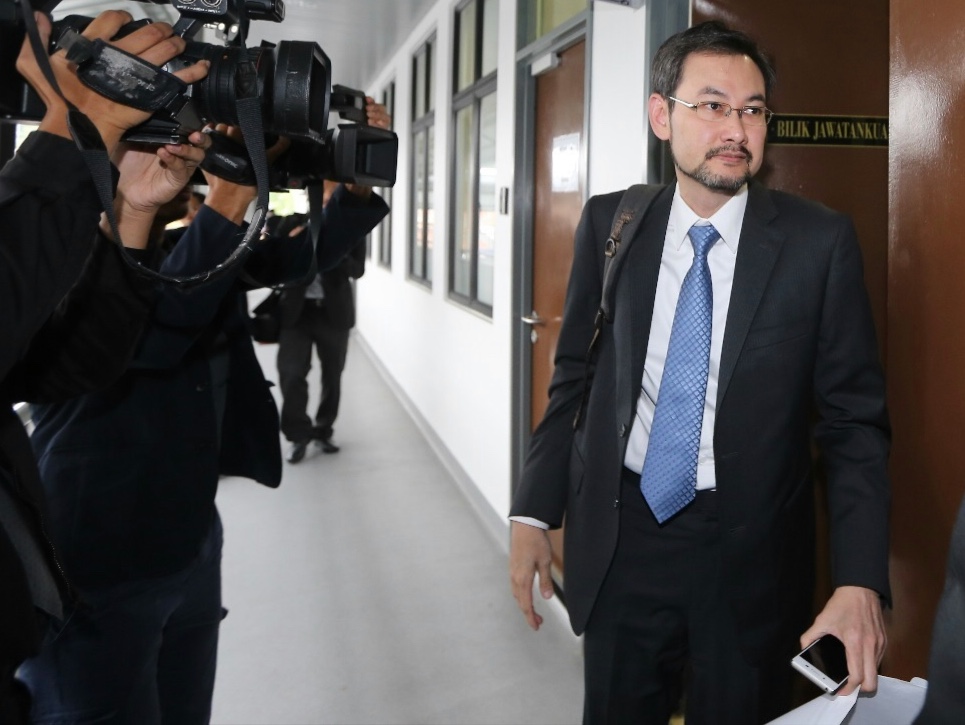 KUALA LUMPUR: The High Court was today told that 1Malaysia Development Berhad (1MDB) board of directors (BOD) was not informed about the US$700 million (RM2.93 billion) debt by its joint-venture company 1MDB-PetroSaudi Ltd upon the signing of the joint venture with PetroSaudi International Ltd (PSI) .

Then 1MDB chief executive officer (CEO) Datuk Shahrol Azral Ibrahim Halmi (pix) said he was under pressure at that time, with fugitive businessman Low Taek Jho, or Jho Low, and Casey Tang (1MDB executive director) pressuring him to get the joint venture signed on Sept 28, 2009.

He said the debt was due to assets injected by PSI into the joint venture company were of higher value that the amount it had agreed to contribute earlier.

Muhammad Shafee: If it was not in the draft, as you said, don’t you think you should have taken a step back and consult the board? Because it is serious, US$700 million (RM2.93 billion) is a serious amount.

Shahrol Azral: I was under a lot of pressure to get the deal signed. Jho Low and Casey both assured me that it was okay, and Jho Low reiterated that the boss really wanted to get it done ... So I made the decision to go on, what I perceived was instruction from Najib, and trusted that it would work out because Jho Low and Casey were working under Najib’s instructions.

Muhammad Shafee: Are you saying this was urgently required to be signed on Sept 28. So, even this major term, you thought it was not necessary to call the board?

Shahrol Azral: My perception was that this was not something out of the ordinary. I asked Casey if it was okay to sign, and Casey said “okay”. I trusted Casey’s advice.

Muhammad Shafee: That was why you did not think to consult the BOD?