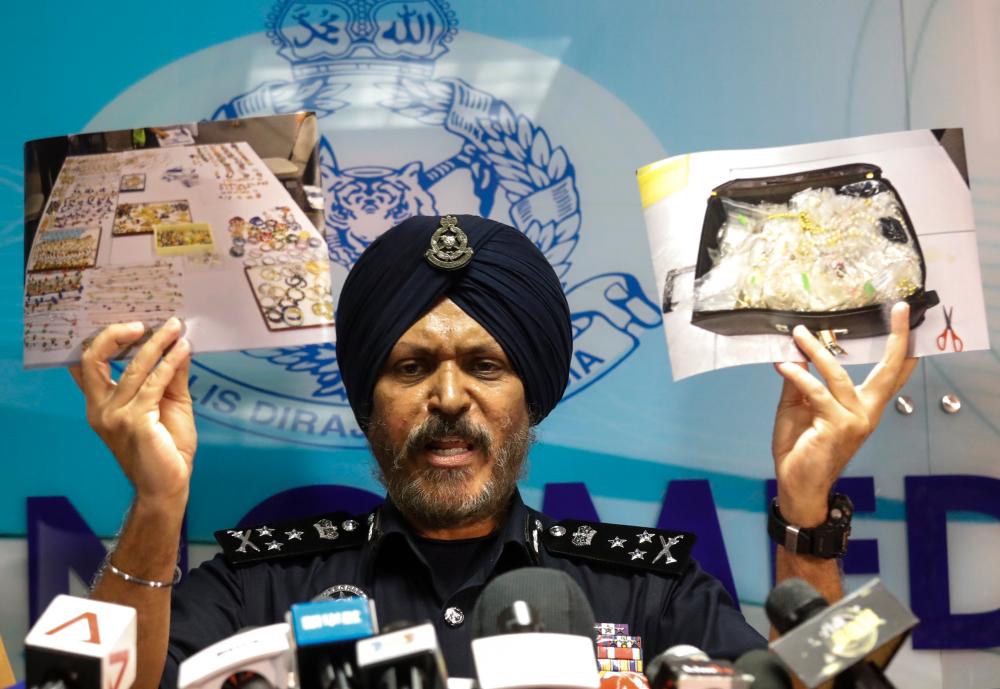 The items, including handbags of various brands, 27 vehicles and cash of various currencies seized from Najib, Rosmah, their three children and five other respondents, were allegedly linked to the 1Malaysia Development Berhad (1MDB) scandal.

Based on the supporting affidavit, deputy public prosecutor Harris Ong Mohd Jeffery Ong said that the High Court, had on Nov 8,dismissed the prosecution’s application to forfeit the gazetted properties and no order was given by Judge Mohamed Zaini Mazlan for the property to be returned to the claimant.

According to Harris Ong, the application for the stay was made pending an appeal against the decision in the Court of Appeal which was filed last Nov 16.

He claimed that there were special circumstances that supported the applicant’s application for the stay order, among them, the status quo of the seized property should be maintained until the decision of the Court of Appeal to safeguard the interests of both parties, especially the applicant, in representing the Malaysian government.

“The seized property involves a large amount and is a public fund, so public interest can be preserved by allowing the application to stay the order.

Meanwhile, Harris Ong, when met by Bernama after the case management before High Court Deputy Registrar Catherine Nicholas today, said the court had set Jan 14, 2022 for all respondents to file their affidavits in reply.

On May 8, 2019, the AGC filed a notice of motion to forfeit hundreds of items, allegedly linked to the 1MDB scandal, including handbags of various brands and 27 vehicles seized from Najib, Rosmah, their three children, including Nooryana Najwa, as well as 13 individuals and companies.

However, the Attorney-General’s Chambers allowed a representation by Nooryana Najwafor the return of items that belonged to her, which included handbags and shoes. — Bernama