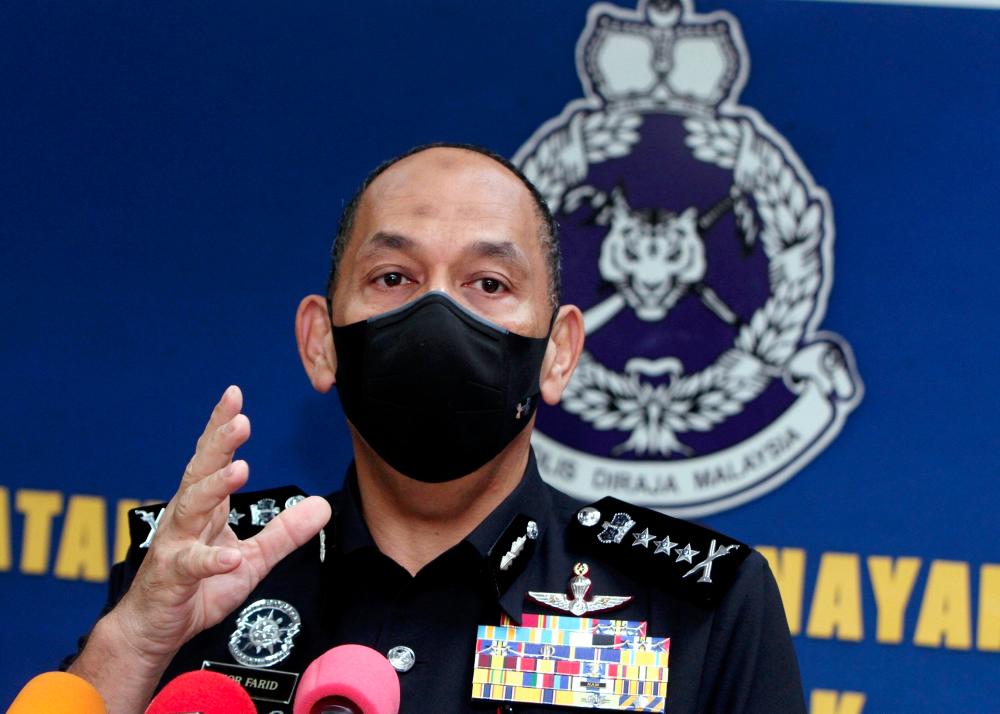 IPOH: The police arrested two men believed to be members of Parti Sosialis Malaysia (PSM) for disturbing public order and obstructing civil servants from carrying out their duties in Chepor, Chemor, here, this morning.

Perak police chief Datuk Mior Faridalathrash Wahid (pix) said they received a call at 8.35am informing that a group of men had disrupted and threatened the safety of workers who were carrying out clearing works on a private land near Taman Chepor Impian.

“A police team went to the location and found that the group of men failed to prove the ownership of the land. The police officer on duty then advised them to disperse to avoid any unwanted incident as they had also tresspassed into the land area.

“Most of them listened to the advice and dispersed but two local men who introduced themselves as PSM members refused to cooperate and began provoking the policemen on duty,” he said in a statement, here today.

Mior Faridalathrash the two individuals were later detained under Section 186 and Section 447 of the Penal Code to prevent them from inciting the public to disturb public order.

He also warned any party against inciting others to commit acts that could threaten public order and encroach on land owned by others because it was illegal.

“In order to maintain peace as well as public order, the police will adopt a stricter policy in handling such cases in the future,” he said.

Earlier today, PSM uploaded a photograph on its official Twitter page claiming that the party’s activists were detained by the police while defending farmers’ agricultural land in Chepor Impian and they were taken to the Ipoh district police headquarters. — Bernama I didn’t lie, but afraid of being charged in court for another case: Witness (Updated) 2.Formula One salutes FIA and ‘halo’ for saving two lives at Silverstone