2020: KPLB to focus on socio-economic and human capital developments 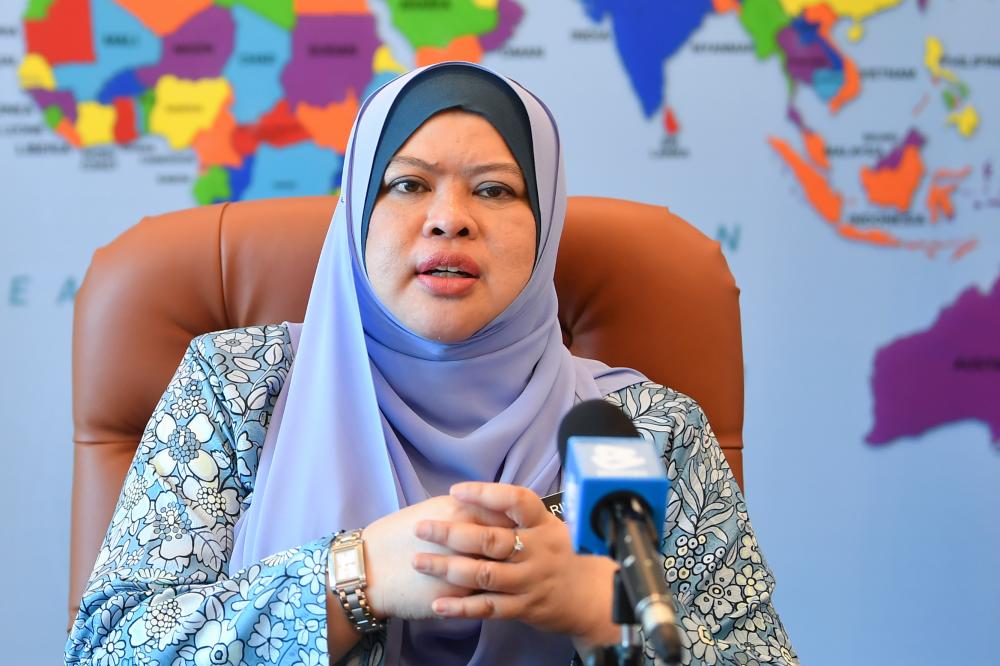 PUTRAJAYA: Getting rid of the stigma linking poverty with the rural areas is among the efforts and challenges which the Rural Development Ministry (KPLB) wants to tackle this year.

As such, 2020 is the implementation year for the ministry in carrying out a more comprehensive move under the 2030 Rural Development Policy (DPLB) which also focused on socio-economic and human capital developments, especially by creating rural areas which were condusive for living, had job opportunities and economic growth.

Its minister Datuk Seri Rina Harun said, when she first headed KPLB in 2018, she saw a large portion of the allocation was spent for infrastructural and physical developments involving billions of ringgits but ironically at the same time the stigma of poverty of the rural residents still existed.

‘’True, we need infrastructure and physical developments but what is more important is to develop the socio-economy and the human capital of the rural communities. As such, other than providing this infrastructure, we will focus more on income increasing programmes and closing the economic gap of the rural and urban communities,’’ she told Bernama in an interview recently.

She said DPLB 2030, which was launched last year, became the backbone to the holistic, inclusive and sustainable rural development through new programmes which had been drawn up.

She said the KPLB saw the need to provide complete infrastructure especially the internet facilities, that currently had become a necessity in business ventured into by the rural entrepreneurs.

“Although they live in the rural areas, but with the availability of internet they can trade even abroad. For example, by selling fried onions, sell ‘baju kurung’, there are high demands and (entrepreneurs) can be millionaires, no need to migrate to towns anymore.

‘’As such, we are closely co-operating with the Ministry of Communications and Multimedia so that internet can be boosted in the rural areas not just in terms of speed but also it must have wider coverage,’’ she said.

She said in creating rural millionaires, KPLB would also promote further the DesaMall@KPLB this year, namely, the marketing of products online through co-operations with the e-commerce platform such as Lazada, Shope and e-bay.

‘’We entered the entrepreneurs’ products in the online market last year. Their sales rose up to 200%, some 273%, in fact, others up to 400%. Each month, we ask for their sales information and monitor them,’’ she said.

At the same time, Rina said KPLB also proposed the expansion of the Village Economy Development Integrated Project (Prospek) whereby idle land is developed with crops, for example, planting maize in Kampung Sidam, Kulim, Kedah, which could encourage more to migrate to the rural areas from urban areas.

“To boost rural the income of the rural communities, she said the ‘Desa Harapan’ programme would be intensified to develop villages as centre of economic, eco-tourism and human capital development drivers.

The programme, would create opportunities for corporate companies to work together with the ministry in planning and identifying the potentials of each village, before an economic development proposal is drafted and implemented.

Rina said focus this year would also be given to the ‘Desa Pintar’ programme, an initiative aimed at empowering the rural economy through digitilisation and the implementation of sophisticated technology.

‘’As such, we have the DocMove programme whereby children abroad need only pay RM250 a month and a doctor will perform house visits to check their parents’ health,’’ she said, adding RM3.3 billion had been spent by KPLB in numerous programmes which benefitted 1.49 million people last year. — Bernama