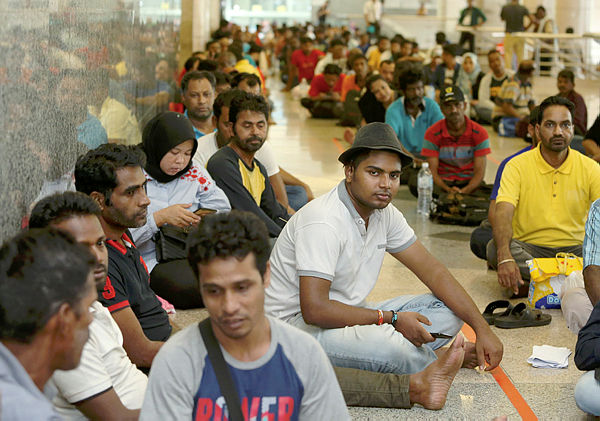 JOHOR BARU: A total of 22,457 illegal immigrants in Johor have applied to return to their countries of origin under the ‘Back For Good’ (B4G) programme as at Dec 29.

Johor Immigration Department director Baharuddin Tahir said the illegal immigrants seeking to return home under the programme, which runs from Aug 1 to Dec 31, were mainly from Indonesia, Bangladesh, India and Pakistan.

“In Johor, illegal immigrants applied to join the B4G at 10 counters at the Johor Immigration Department in Wisma Persekutuan here.

“To ensure smooth operation, we (Johor Immigration Department) have deployed 22 officers to manage and monitor these applications,” he told Bernama here today.

He said no untoward incidents were reported at the 10 counters which were opened to receive applications.

“The operation period of the counters is until 10pm today. In this connection, I would like to advise illegal immigrants who have yet to join this programme to take this opportunity to return to their home countries,” he said.

Baharuddin said that beginning tomorrow the Immigration Department would conduct major operations to round up illegal immigrants.

The B4G programme is to give an opportunity for foreigners who have committed offences under the Immigration Act 1959 to return home voluntarily based on the conditions set.

They only need to get complete personal identification documents from their embassies or high commissions and submit them to the immigration office for processing.

Apart from that, they have to pay a RM700 compound and show an air ticket for repatriation. — Bernama