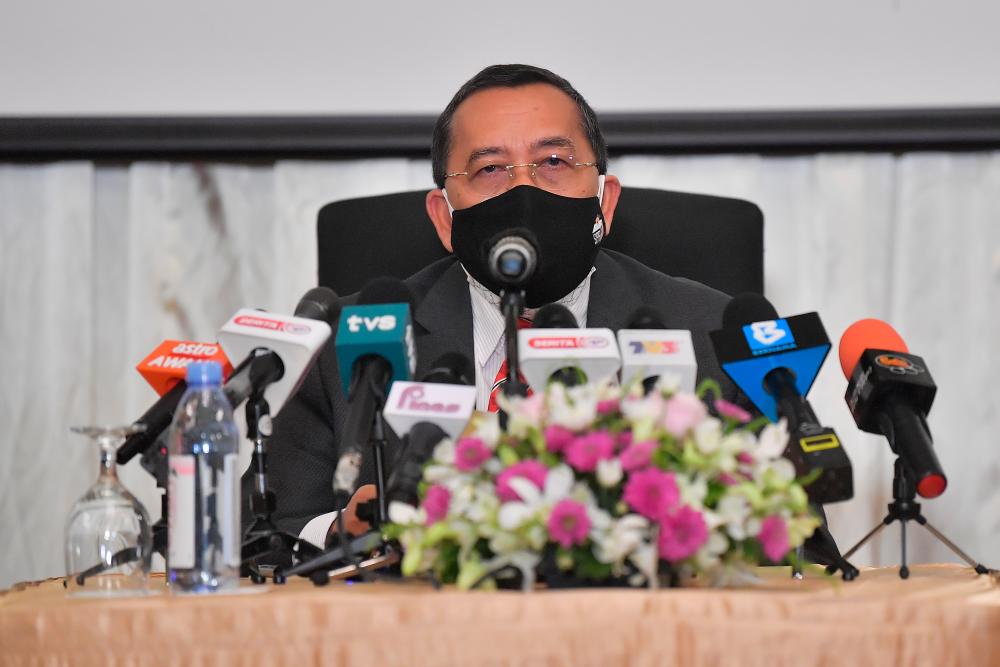 KUCHING: A total of 349 candidates will be contesting in the 82 seats up for grabs in the 12th Sarawak state election, with Dudong having the highest number of eight candidates among the multi-cornered fights.

“Of the 349 contesting, 304 are men while 45 are women candidates,” he told a media conference at the Sultan Iskandar building here at the end of the nomination process today.

There are a total of 1,252,014 registered voters for the state election.

Abdul Ghani said the Parti Sarawak Bersatu (PSB) candidate for Bawang Assan, at 79, is the oldest this time around, while the 24-year-old candidates in Batu Lintang (PKR) and Nangka (Parti Bumi Kenyalang) are the youngest.

Targeting a 70-per cent voter turnout for this state election, Abdul Ghani believes voters in Sarawak will fulfill their civic duty, despite the ongoing wet weather in the state.

“Possible... (to reach 70 per cent). We know the people of Sarawak are responsible enough,” he said.

Earlier this morning, the one-hour-long nomination process from 9am took place in new normal conditions, without the usual fanfare and vibrancy of political party processions or supporters accompanying the candidates to the nomination centres.

Abdul Ghani said the campaign period for the state election will end at 11.59pm on Dec 17, adding that some 155 election enforcement teams will be on duty throughout the campaign.

He also said that the decision to allow campaigning in 64 state constituencies was made by the Malaysian Communications and Multimedia Commission (MCMC).

Yesterday, the EC announced that ceramah (political talks) and public speeches will be allowed in 64 constituencies with poor internet access during the campaign period.

In addition, it will not allow interstate travel to Sarawak for campaigning activities, except for the top five leaders of contesting political parties.

Early voting will be held on Dec 14 and polling on Dec 18.