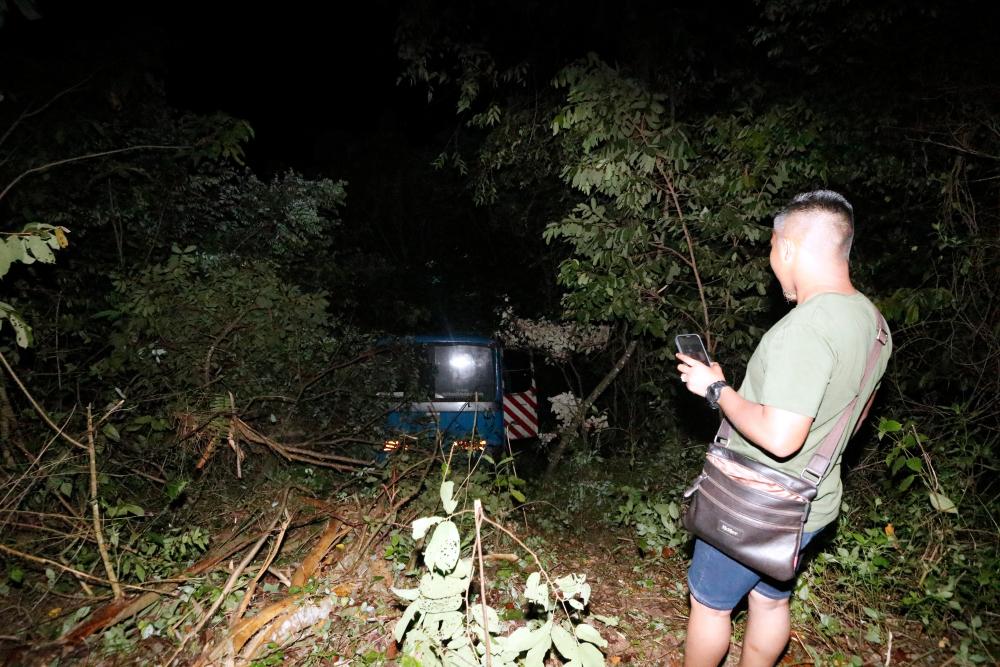 ALOR GAJAH: A group of foreign factory workers went through anxious moments when the bus they were travelling in went down a ravine after its brakes failed in an incident in Jalan Simpang Gading-Kesang Pajak, near here tonight.

He said the department received a distress call about the incident at 7.57 pm and a team of 27 firemen from the Ayer Keroh, Jasin Bistari and Alor Gajah stations arrived at the scene some 10 minutes later.

“Investigations found that just after the bus arrived at the workers hostel, the brakes failed and it began moving forward for about 150 metres before sliding down down a 50-metre deep ravine.

“On its way down, the bus got stuck to a tree. The victims were pulled out of the bus through the windows that had to be broken open,” he told reporters at the scene, adding that the entire rescue operation took about 45 minutes.

He said the victims were workers employed by a factory in Batu Berendam, all of whom are in their 20s and 30s.

“Those with serious injuries were sent to Jasin Hospital while the rest were taken to a nearby clinic. - Bernama