44 areas in Malacca affected due to water disruption 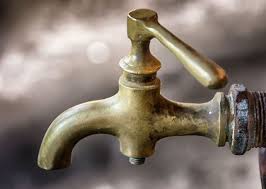 MALACCA: As many as 44 areas in three districts of the state are experiencing water shortages due to low rainfall over Sungai Malacca lately.

Syarikat Air Malacca Berhad (SAMB) said in a statement on its Facebook page here last night that the situation had caused the water level in the catchment and Sungai Malacca to be in unsatisfactory condition.

“Sebukor Water Treatment Plant reduced its operation by 22 million litres per day (MLD) and the Bertam Water Plant decreased by 34 MLD and caused some areas in the three districts to be affected.

“However, we released the water from the Durian Tunggal Dam to Sungai Malacca to ensure that the level of water in Sungai Malacca was stabilised at about 9.20pm yesterday night and the plant operation was carried out as usual at 11.30am,“ it said.

SAMB said water tanker assistance would be deployed to areas that had been cut off for more than 24 hours and were working hard to rehabilitate the affected catchment pools to ensure the water supply reached every customer’s premises.

It added consumer cooperation during the interruption period was greatly appreciated and apologised for the inconvenience.

SAMB said any inquiries could be directed to their 24-hour customer service centre at 15800 or click https://kliksini.my/PKPSAMB for complaints and inquiries via SMS / Whatsapp. — Bernama