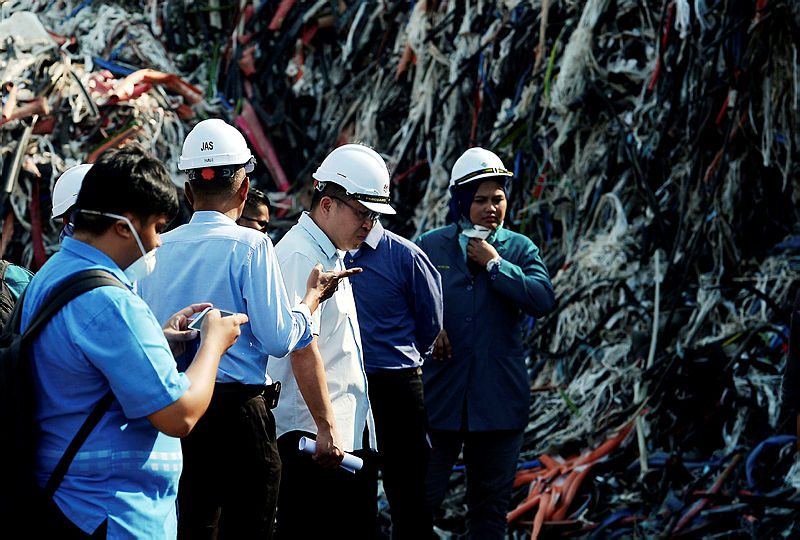 JOHOR BARU: A total of 67 factories have so far been identified as operating without a licence in Pasir Gudang, said Johor Local Government, Urban Wellbeing and Environment Committee chairman Tan Chen Choon.

He said this was uncovered during integrated operations conducted by various agencies following the recurrence of the incidence of vomiting and breathing difficulties experienced by local residents in Pasir Gudang since last June 20.

Of the 67 factories, eight will be subjected to court action, 46 were given warning notice, three were sealed, two ordered to close, with necessary action being taken against the remaining eight, he told reporters after an enforcement operation on four factories in Pasir Gudang yesterday.

The operation involved the police, Department of Environment, Immigration Department and the Pasir Gudang Municipal Council.

Of the four factories, Tan said two of them were found to be operating without a licence.

One of the factories that is operating without a licence is involved in recycling of plastic waste, including those imported from Ireland and the United Kingdom, he added.

During the operation, 12 illegal immigrants were detained and they comprised Bangladeshi, Indonesian and Chinese nationals. — Bernama

1.UN will try to keep Tonga Covid-free in relief effort

5.Doctor among four arrested over issuance of fake vaccination cards