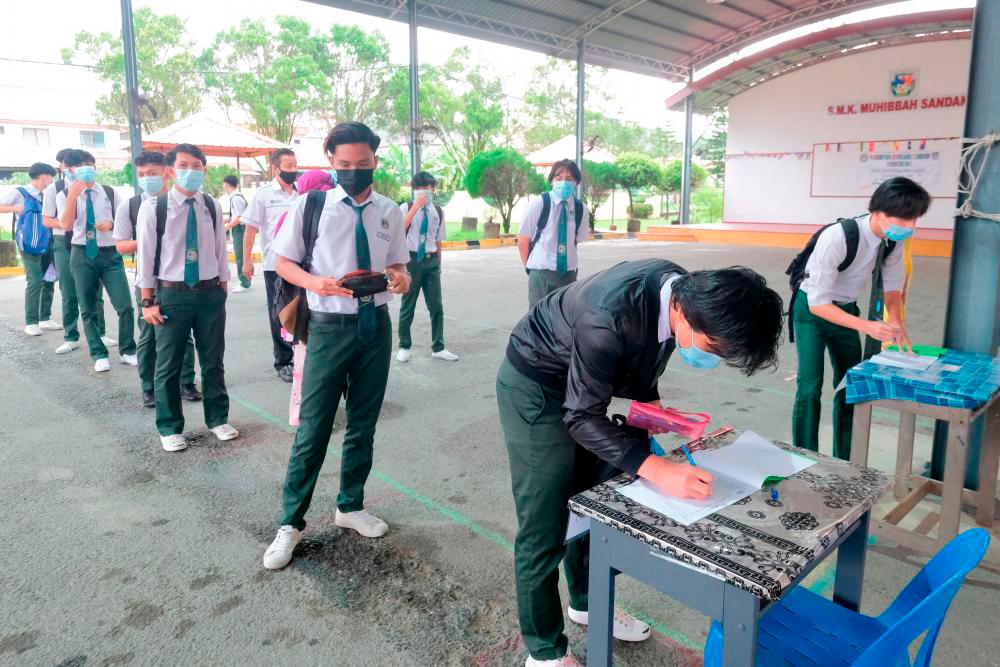 KOTA KINABALU: Sabah has reported a new COVID-19 cluster with the index case being a male student of Sekolah Menengah Kebangsaan (SMK) Sandakan and up to today, 73 positive cases have been recorded from this cluster.

State Housing and Local Government Minister, Datuk Masidi Manjun said the 16-year-old student was detected positive for the virus after undergoing the RTK AG test on Jan 16 and was quarantined and given treatment.

“The index case was screened after having the symptoms of fever, cough and a cold on the same day (Jan 16).

“Then the screening done on 117 students detected 72 positive cases, bringing the cumulative number to 73. All the positive cases are categorised as mild (categories one and two) and are being quarantined and treated.

Masidi, who is also the spokesman for the Sabah government on COVID-19, said a total of 242 new cases were reported today, bringing the cumulative number to 244,823.

He added that another 230 patients had recovered, bringing the total number so far to 237,074 while 724 were still being treated for the viral infection.

Two deaths from COVID-19 were reported today, one of which was in Tuaran and the other in Kota Marudu. - Bernama