731 cyber crime cases in Penang cause losses of RM20.6 million 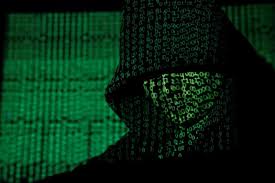 “I find the cyber crime trend in Penang very worrying and it can be said that there have been at least three cyber crime cases reported in the state daily between January and July this year.

“The victims are of various races and rank in society, including those who are highly educated,“ he said during a press conference on cyber crime cases as well as the announcement on the organising of the Fifth International Security Seminar at the Penang Police Headquarters here today.

He said during the same period, 920 individuals were arrested for commercial crime and 402 of them had been charged in court with most of them being ‘’money mules’’, namely those whose accounts are used by cyber crime syndicates.

According to him, investigations also found that most of the owners of these mule accounts did not know their accounts were being used by cyber crime syndicates, as their bank cards were held by illegal money lenders whom they had borrowed money from, and the card was then used by the syndicate.

Narenasagaran said statistics this year also showed a sharp increase in cyber crimes over the previous two years, namely 965 cases in total throughout 2017, with losses of RM19.3 million and 1,031 cases last year (RM29.7 million in losses).

He also advised the public to be more careful with the modus operandi of cyber crime syndicates as almost all messages or calls requesting to transfer money to another account are false.

“Borrowers from any financial institution only receive messages urging them to repay the loan, and do not provide another bank account number where the money has to be transferred to online. Likewise, calls claiming that victims were being investigated by authorities for specific offences which could lead to their bank accounts being frozen, and hence were required to transfer money to another account (are also false),“ he said.

“The seminar will be held on Sept 24 and 25 at The Wembley, St. Giles Hotel here, and for registration and further inquiry, people can visit the website at www.mcpfpg.org/iss2019,“ he said. — Bernama 5.Labuan MP fails to strike out abuse of power charges against him