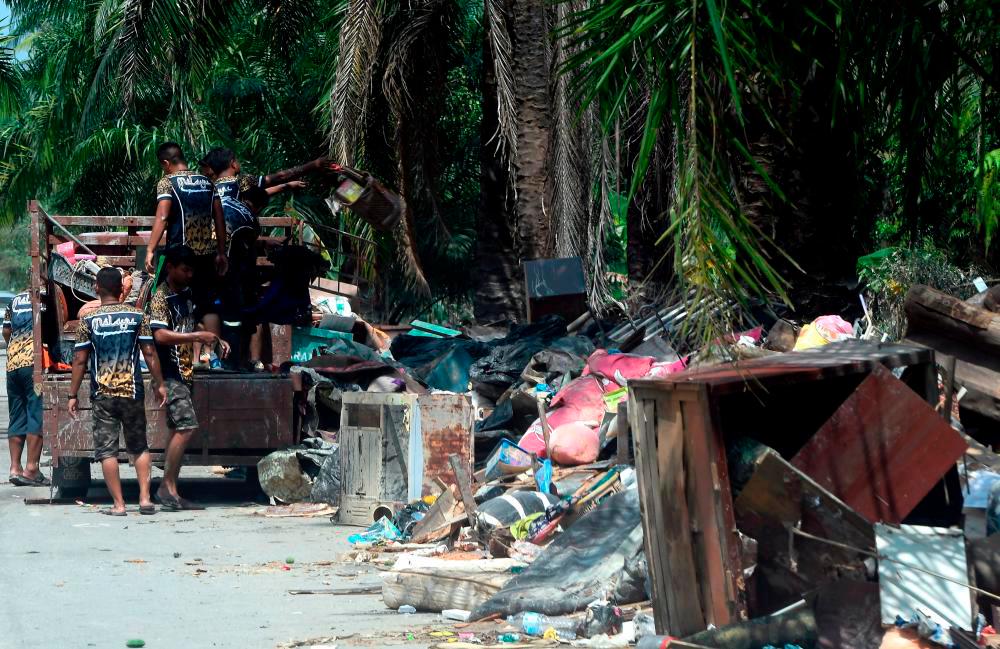 MUAR: A total of 85,134 tonnes of flood waste has been cleared in six states affected by the disaster as of yesterday.

He said for yesterday alone, a total of 438 tonnes of flood waste was cleared involving 112 units of machinery and 354 employees under the supervision of SWCorp (SWM Environment Sdn Bhd), Alam Flora Sdn Bhd and E-Idaman).

“Meanwhile, in Johor, a total of 275.63 tonnes of flood waste was cleaned up as of yesterday,“ he told reporters during the Post-Flood Mega Cleaning Operation in Johor at Kampung Baru Lenga near here, today.

According to Ismail, during the post-flood period, the ministry had spent a total of RM117.5 million for various rehabilitation programmes.

Among them are the rehabilitation of public facilities involving a cost of RM50 million and the ‘Rumah Kasih Keluarga Malaysia’ Initiative of RM50 million to repair and build new houses.

Apart from that, a total of RM12.5 million was allocated for flood waste clean-up operations involving local authorities (PBT), and another RM5 million for Disaster Basket Assistance.

“The ministry will also collect and update data, as there are several other relief centres still open and expects to increase the total allocation for this post-flood rehabilitation programme.

“The process of collecting and obtaining the latest data will also involve various parties such as district offices, local authorities and the Public Works Department (JKR),“ he said.