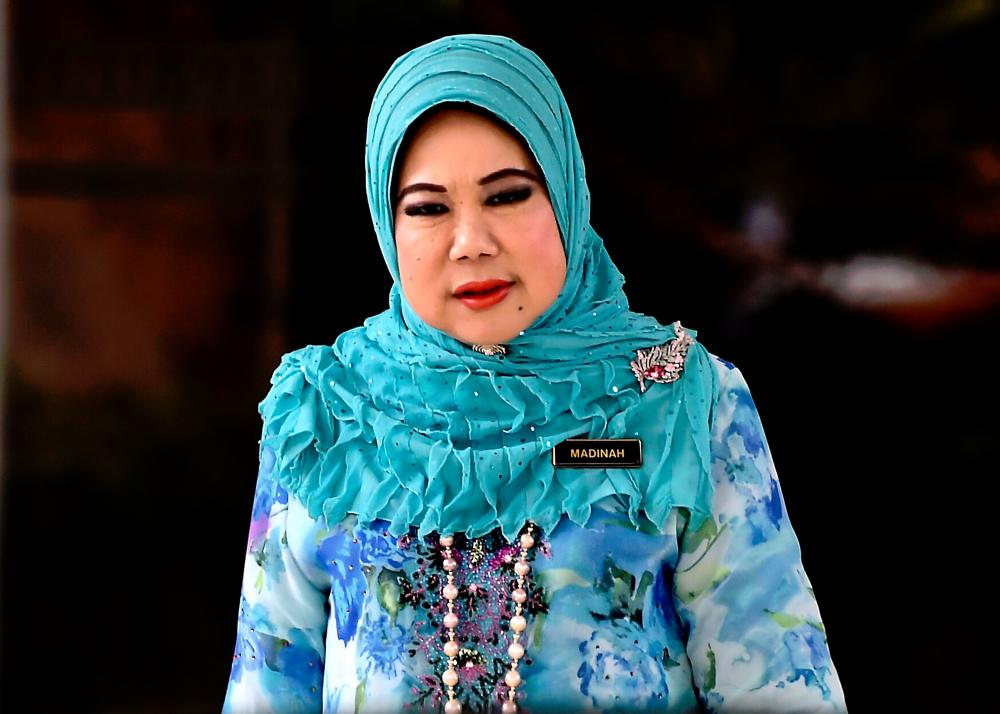 She said two crucial omissions were made to the report – one on the presence of businessman Low Taek Jho, better known as Jho Low, at a meeting of the 1MDB board of directors and the other on the financial status of 1MDB.

Madinah said the directive to make the change with regard to the presence of Jho Low at the 1MDB meeting had come from Tan Sri Shukry Salleh, the former principal private secretary of the former prime minister (Najib) on Feb 26, 2016, on the grounds that it was a sensitive issue and to prevent it from being manipulated by the then political opposition.

Madinah said she briefed the Cabinet at its meeting last Friday on the amendments to the 1MDB final audit report that was finalised and presented to the Public Accounts Committee (PAC) on March 4, 2016.

“The 1MDB final report prior to the amendments was submitted to the Malaysian Anti-Corruption Commission (MACC) and the Royal Malaysia Police in 2018 for investigation,“ she said in a statement.

She said that on Feb 20, 2016, Shukry asked the National Audit Department to present the final audit report on 1MDB to the then prime minister, Najib, for further discussion.

At the meeting with Najib on Feb 22, 2016, at the Prime Minister’s Office, he (Najib) ordered the deletion of the paragraphs in relation to the two versions of the 1MDB Financial Statement for the year ended 2014 and ordered an investigation by the enforcement authorities, she said.

That meeting was also attended by the former chief secretary to the government, Tan Sri Dr Ali Hamza, Shukry and the former auditor-general, Tan Sri Ambrin Buang, she added.

A meeting on Feb 24, 2016, attended by Ali, Shukry, Ambrin and the then 1MDB Group president and chief executive officer Arul Kanda Kandasamy as well as representatives of the Attorney-General’s Chambers and Finance Ministry, discussed several other paragraphs in the report and issued directives for their removal or amendment, she said.

On Feb 25, 2016, Ali instructed the 1MDB audit team to attend a meeting at his office, along with Arul Kanda, to further discuss the 1MDB final audit report, she said.

“That meeting was to further discuss the report whereby several other findings reported were removed or amended,“ she added.

In the afternoon of the same day, she said, Ali, Ambrin, Arul Kanda, the former audit director and three other officers continued with the discussion on the report.

Madinah said Shukry ordered the former audit director to remove a paragraph which proved that Jho Low had attended a meeting of the 1MDB board of directors.

She said that on Feb 28, 2016, the 1MDB final audit report was amended to exclude Jho Low’s attendance at the 1MDB meeting and the amended document was submitted to Ali for further action.

On March 1, 2016, Ali again summoned the audit team to his office to discuss the report, she said.

Madinah said that at the session, only Ali and Arul Kanda were present to review the report in detail with the audit team and instructions were given for more changes (removals/amendments) to be made to the report.

Madinah said the original 1MDB final audit report without the amendments and removal of paragraphs was handed over to the MACC and the police this year. — Bernama

Can Asean bring US, China together?

1.Australia leaves door open for Djokovic to play at next year’s Open

5.Can Asean bring US, China together?