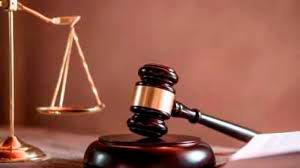 KUALA LUMPUR: A lawyer’s claim that Datuk Seri Mohamed Azmin Ali was not represented by any lawyer during the case management of a suit filed by 10 Gombak voters against him for alleged deceit and breach of fiduciary duty, was completely untrue and inherently misleading.

Lawyer Nizamuddin Hamid, representing the senior minister-cum-International Trade and Industry Minister, also denied the statement made by N. Yohendra who, representing the 10 Gombak voters, that the suit had been served on Mohamed Azmin on Dec 1.

“The suit was served on a person at Datuk Seri Mohamed Azmin Ali’s service centre. As such, it was bad service and in blatant contravention of the rules of court.

“A writ of summons must be served according to the procedure set out in the rules of court. This is a common practice, and we are shocked that he saw fit to announce that the suit had been served on Datuk Seri Mohamed Azmin Ali on Dec 1,“ said Nizamuddin from law firm, Messrs Zharif Nizamuddin in a statement, here, today.

Furthermore, he said, there had not been any effort to personally serve the suit on Mohamed Azmin at his home or office at the Ministry of International Trade and Industry.

Nizamuddin said the lawyer for the plaintiffs also did not write to his client seeking an appointment to effect service.

“Datuk Seri Mohamed Azmin Ali respects the judicial system and in the event that the plaintiffs had served the suit by the applicable procedure provided under the law, he would have appeared promptly.

“Regrettably, they chose to make such comments to a news portal in a matter which is ongoing in court,“ he said.

The news portal reported that Mohamed Azmin who is also Gombak MP, was not represented by any lawyer during the case management before Kuala Lumpur High Court deputy registrar, Maslinda Selamat on Dec 28, which was conducted via online.

Yohendra, as quoted by the news portal, said that he would file for a judgment in default should no counsel come to represent Mohamed Azmin on the next case management on Jan 14.

The 10 registered voters in the Gombak parliamentary constituency had filed the suit on Nov 27, against Mohamed Azmin, for alleged deceit and breach of fiduciary duty through the ‘Sheraton Move’ that caused the Pakatan Harapan government to fall in February.

In their statement of claim, the plaintiffs, aged between 36 and 64, are seeking, among others, a declaration that Mohamed Azmin, as the Gombak MP, had breached his fiduciary obligations, deceived them during the elections in the constituency as well as breached representation owed to them. -Bernama