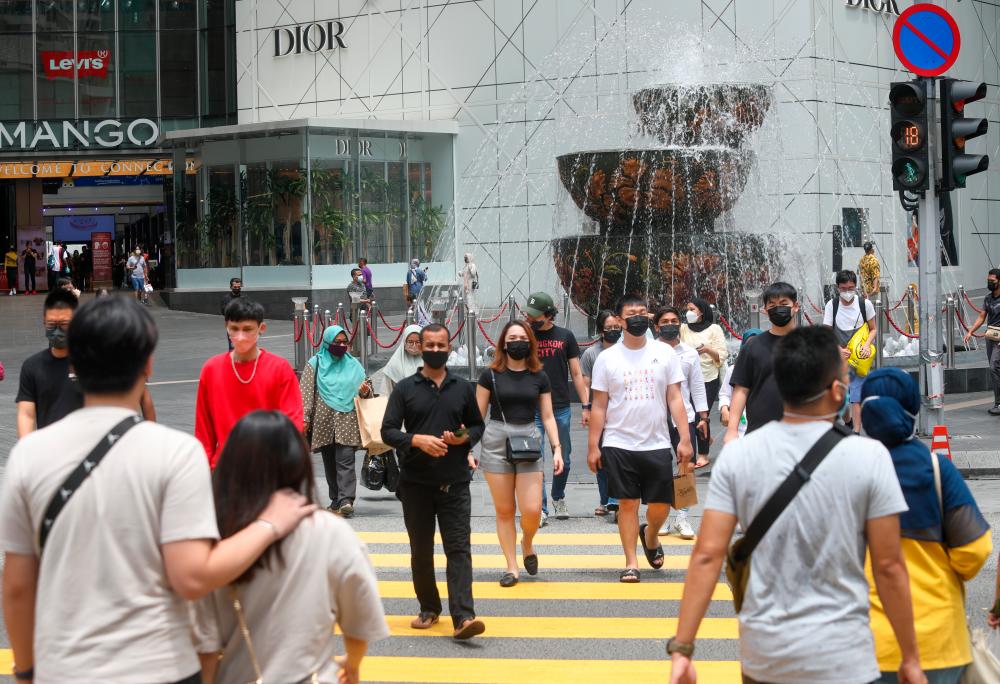 Pix for representational purpose only. Asyraf Rasid/ THE SUNPix

LIFE is abuzz again and it is a sight to behold seeing people having a whale of a time outdoors, at eateries, picnicking and so on.

Now that the wait is over with the pandemic still looming over us, it is all about managing the pandemic and its aftermath.

With over 95% of the adult population already vaccinated, we are on the right track and that is a big achievement considering the tribulations we faced.

Kudos to Health Minister Khairy Jamaluddin, who has come to be known as the vaccine minister over the course of the pandemic.

He was relentless in his pursuit and stayed focused on achieving the numbers and to be where we are today.

However, the remaining 5% who are yet to be vaccinated is a cause for concern as for a small nation like Malaysia, the consequences can be far-reaching and paralysing.

The bigger challenge from anti-vaxxers who continue to throw spanners in the works is not over yet.

Just the other day, I heard a rather rude and reproachful rant which came on WhatsApp.

The woman is obviously an anti-vaxxer and against the government standard operating procedures in place, depriving the non-vaccinated segment of the population from leading a normal life.

The thing about this woman is she failed to understand that nothing about life is normal anymore.

It is the new normal we are preparing for and she belongs to that group who seem to be living in denial and in a make-believe world.

The World Health Organisation has declared that Vaccine Hesitancy is one of the top 10 public health problems globally.

A celebrated medical practitioner from the Middle East in a recent talk associated anti-vaxxers with cognitive biases that affect our ability to make rational decisions.

A cognitive bias is a systematic error in thinking that occurs when people are processing and interpreting information in the world around them and affects the decisions and judgments that they make.

Some of these biases are related to memory. The way you remember an event or information may be biased for a number of reasons and that, in turn, can lead to biased thinking and decision-making.

This makes sense if we look at how the anti-vaxxers have come forth with their imaginations and fantasies related to vaccination.

To cite an example, if we remember in recent months, there was a sudden outbreak of measles in the state of Minnesota, where the occurrence was considered one of the biggest outbreaks in US history.

If we look at the context and background, it started with a group of anti-vaxxers who started their sermons linking vaccines to autism, which subsequently led to the vaccination rate against measles going down dramatically. This is believed to be the cause of the outbreak.

Popularly termed as Mental Virus, it is the misinformation that comes dressed up as “truths” that struck a certain population in Minnesota before the actual measles virus showed up.

Vaccine Hesitancy is a sort of Mental Virus and unlike how the clinical virus spreads, Mental Virus is touted as being far more lethal and is able to spread at a much faster rate using technology as its vehicle.

A brief study about the Mental Virus and its modus operandi shows that it starts with a core pseudo-scientific idea by individuals or groups.

The reason could multiply from monetary gains to political ploy. The idea may sound scientific but does not have the scientific backing.

The idea is then indoctrinated into individuals and groups until they become unshakeable believers who then act as the mules to spread the fallacy.

The lies are told repeatedly and consistently which, over time, leave an impression and are viewed and believed to be the truth. If you notice, empathy sells much better than hard truths.

Stories are excellent vehicles to elicit emotions and anti-vaxxers use real people with real stories but with distorted facts and biased associations, with the primary goal of demonising vaccines

The thing is, anti-vaxxers are able to attract a huge following because they are able to concoct interesting “revelations” which may or many not be true but fits into the context. And digital media does the rest of the job.

So, what can we do about this group who believes that vaccines are truly against humanity and those vaccinated may turn into some alien species with altered genes?

It is all about trust, and to be able to build that trust, relationships must be fostered.

We need to intensify efforts to disseminate the science behind the vaccine and the approach must be targeted to find and educate people who might have fallen through the crack due to misinformation.

As they say, one who is able to overcome his/her fear is truly liberated.