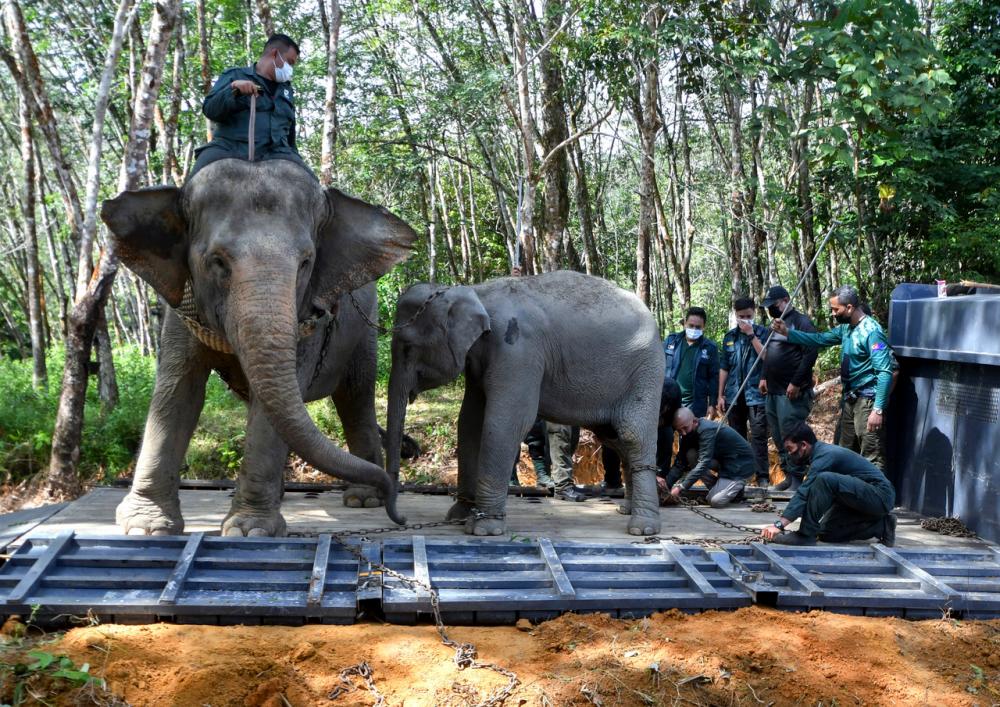 He said the two elephants were caught last Friday using tranquilisers after receiving feedback from villagers.

“The relocation of the elephants was conducted using the aid of two decoy elephants, namely, Abot and Rambai.

“We have to move the elephants from where they were tranquilised about 1.1 to 1.5 kilometres away with the help of the decoy elephants before putting them on waiting lorries,” he told reporters after the operation to relocate the elephants here, today.

A total 36 personnel from Perhilitan in Kelantan and Terengganu and the Kuala Gandah PKGK were involved in the relocation operation.

Commenting further, Che Ku Mohd Zamzuri said Perhilitan believed the two elephants were from a herd in Kampung Air Kerilla forest reserve near the village which came out to seek food.

“We believe there are still more elephants from the herd in the vicinity and we are monitoring from time to time,” he said.

He also urged the public to be more cautious in the current fruit season and to refrain from taking action personally if they came across the animals.

Meanwhile, Che Ku Mohd Zamzuri said, from January to date, Perhilitan had succeeded in relocating 35 wild elephants throughout the peninsula including eight in Kelantan.-Bernama