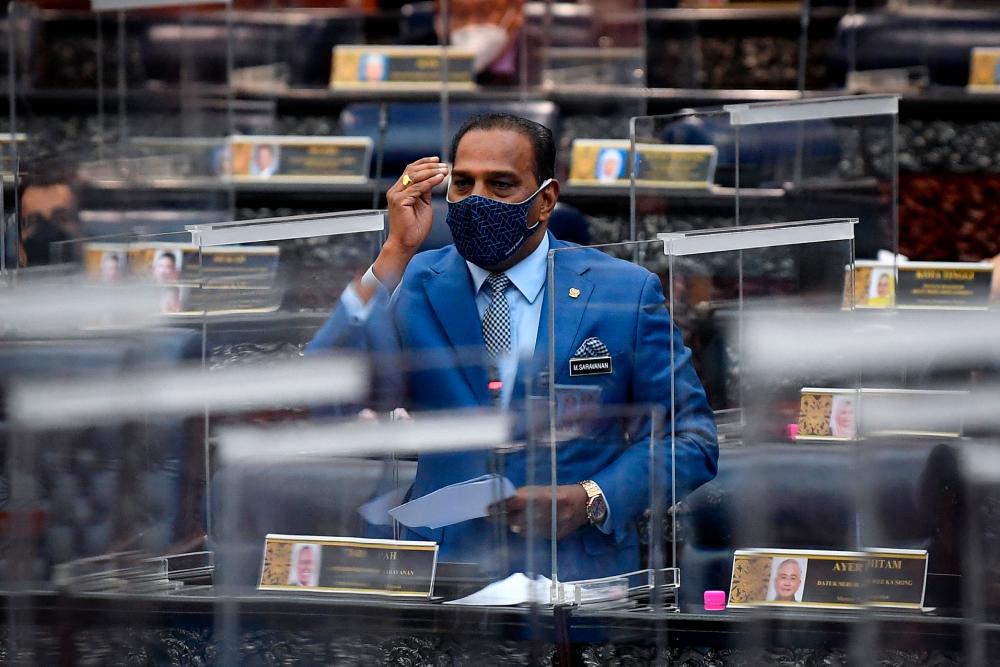 KUALA LUMPUR: The move to raise the fines for employers who fail to comply with Act 446 (Workers’ Minimum Standards of Housing and Amenities Act 1990) is not suitable to be implemented at present, according to Human Resources Minister Datuk Seri M Saravanan. (pix)

He said this based on the current state of the country’s economy with the crisis of labour shortage faced by many companies as a result of the implementation of the Movement Control Order (MCO) before.

“Before the first implementation of the MCO, the number of foreign workers contributing to Socso (Social Security Organisation) was 1.8 million, but today, just within a year, the figure has dropped to 1.1 million, showing that the country is really facing a labour shortage crisis.

“If we want to revive the economy, we have to increase productivity and for that, we need manpower, and in this situation, it is probably not a suitable time to raise the fines,” he said in reply to Datuk Che Abdullah Mat Nawi (PAS-Tumpat) at Dewan Rakyat sitting today.

At present, each violation of the act could cause the employer to face a fine of RM50,000.

Meanwhile, Saravanan said 940 investigation papers had been opened against employers in various sectors between June 2020 and August 2021.

“​​​​​A total of 618 compound fines had also been issued for various offences such as failure to meet the minimum standard of accommodation including beds, mattresses and pillows to the workers,” he added.