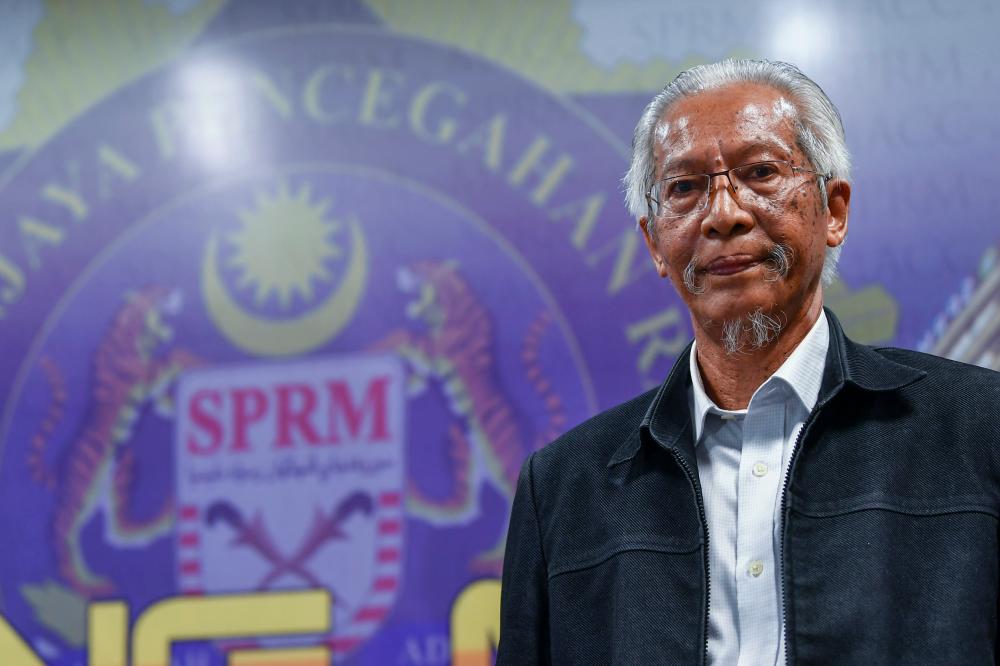 He said out of the total, 13 of them had been fired and among the offences committed included negligence, absenteeism and engaging in activities not in accordance with MACC ethics.

“These people were given appropriate punishment based on the offences committed while the rest were subject to other actions such as warnings and fines.

“The 63 individuals who were found to have committed offences comprised two groups of officers, namely the management group and the support group,“ he told the media in a Special Interview programme with the MACC CC chairman at the MACC headquarters, here.

He said every complaint about misconduct received by MACC’s Division of Excellence and Professionalism (BCP) would be monitored by the CC periodically every three months to evaluate the complaints and the action taken by the commission on the complaints.

Ahmad said the CC would also provide views and suggestions for the action of each complaint apart from discussing with representatives from MACC’s top management, namely Deputy Chief Commissioner (Management and Professionalism) Datuk Junipah Wandi on procedures and actions.

“In carrying out its duties, CC will also be assisted by BCP which performs duties in line with its roles such as investigations related to misconduct by MACC staff, disciplinary management, strengthening integrity to increase awareness of integrity and complaint management in MACC.

“In addition, CC ensures MACC staff comply with procedures and instructions in force, including improving integrity through compliance with SOP procedures such as initial urine test to ensure they are not involved with drugs,“ he said.

He said the secretariat of CC manages matters related to complaints, channels, reports, actions and suggestions for improvement.

He said all complaints related to non-criminal disciplinary violations could be channelled to 03-8870 0050 or email to aduan.bcp@sprm.gov.my or p1@sprm.gov.my.

Ahmad said every case of MACC officers involved in corruption, misconduct or any criminal activity would definitely give a negative perception of the organisation as a whole, even though only a few members may be involved.

“As the chairman of CC, I take this seriously and give an assurance that such an issue will not be overlooked and there will definitely (be) action if it is true and proven to have occurred.

“Based on CC’s observations, the MACC has done its best to ensure internal control over officers such as the MACC Anti-Corruption Plan (2021-2025) and the MACC Code of Ethics and Conduct, besides implementing integrity strengthening programmes,“ he said.

Apart from that, Ahmad said the MACC should also be sensitive to the evolution of technology and new methods of detecting misconduct and corruption outside or within the organisation to preserve the integrity of the commission.

“MACC should fine-tune the existing integrity programmes and test its effectiveness from time to time and finding ways to improve the system or create a new integrity system that can detect and closed all opportunities for corruption and misconduct among its employees,“ he said. — Bernama