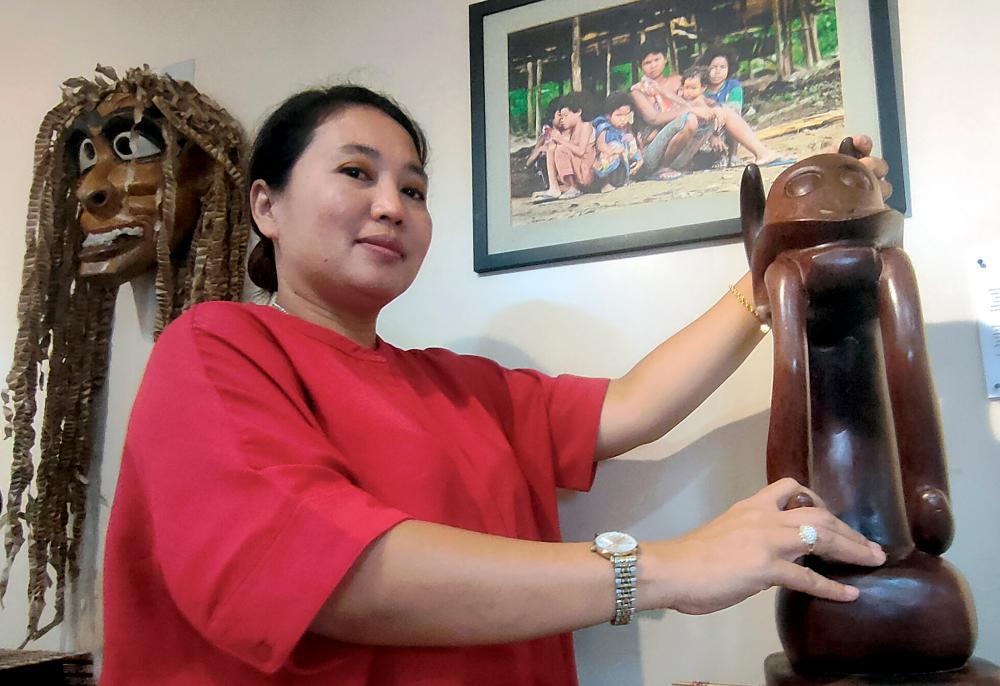 PETALING JAYA: Just over two years ago, there was a lot of optimism in the Mah Meri community in Carey Island, Selangor.

The Mah Meri Cultural Village, which was opened to its first visitors in 2017, was attracting many tourists.

However, the good times did not last. Tourists stopped visiting when Covid-19 spread across Malaysia. When the floods hit in December last year, it almost swept away whatever little hope the village had left for a recovery.

However, social activist Norlia Samsi would not give up on the community she had put in a lot of effort to promote for tourism.

In an immediate response to the floods, she organised a food bank and a drive to get essentials to the six Orang Asli villages caught in the floods on the island.

“Most of the villagers had been without clean water and electricity supply. These six villages, located far away from other communities, were the most isolated,” Norlia told theSun.

For Norlia, the sights were devastating when she arrived. The roofs of most of the homes had collapsed and the villages were in chest-deep water.

“A Mah Meri girl who joined us as a volunteer just could not contain her emotions. She said this was the first time that her community had faced such devastation,” Norlia said.

Norlia and her fellow volunteers passed the hat around and managed to pool together RM400 to purchase a boat that they then used to ferry supplies to one of the villages, Kampung Sungai Kurau.

“The villagers were already badly affected by the Covid-19 pandemic. The floods left them feeling even more helpless,” Norlia said.

She said the deluge made it impossible for the villagers to cook so they had to have meals delivered to them.

“However, they complained that the meals often arrived late,” she said.

Nonetheless, Norlia and her fellow volunteers persevered, and in those few days, managed to deliver 110 boxes of dry food, milk and sanitary pads.

“With our resources so scarce, we had no choice but to be very selective in deciding who to help,” she said.

Norlia said that in response to an appeal for help, two other non-governmental organisations reached out to join in an effort to create a recovery plan for the community.

Together, they managed to distribute essential supplies to 400 families through a grocery store.

Now that the waters have receded, the immediate plan is to help them return to work.

“We want to ensure that the women find jobs that will pay at least RM500 a month and the men RM2,100 a month to meet their monthly expenses on essentials such as food and milk for children,” Norlia said.

Norlia’s first encounter with the Mah Meri community happened six years ago when she visited a Mah Meri village with her husband.

She was swept away by their arts and culture.

“Their wood carving and weaving skills were spectacular. The gentle, yet strong communal vibes were amplified by their story-telling,” she recalled.

The community celebrates two important festivals each year. The first is the Puja Pantai, a thanksgiving ritual to appease the guardians of the sea, which is celebrated in January.

In March or April, the community marks Hari Moyang or Ancestors Day. This is when the Mah Meri women put on their woven headgear and perform a traditional dance to welcome the spirits of their ancestors.

Tourism took off in 2017 with the opening of the cultural village where the community’s woven palm items and wood carvings were a hit with visitors.

Norlia conceded that rebuilding the community and ensuring that they have a sustainable livelihood is an uphill battle. GIACC’s recommendations to be tabled at next JKKMAR, Cabinet meetings