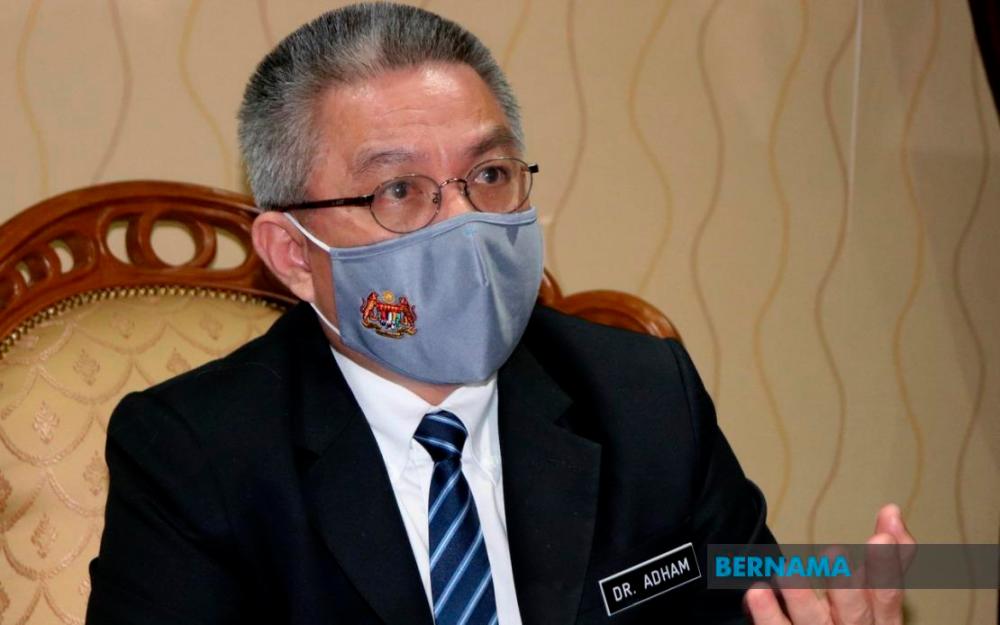 KUALA LUMPUR: The contract doctors who took part in a strike on July 26 have been assured that no disciplinary action will be taken against them.

“The Health Ministry (MoH) was not involved in lodging the police reports even though the doctors’ lawyer Asheeq Ali tweeted today that Dr Shahabuddin Ibrahim, who is director of the Malaysia Agro Exposition Park Serdang (MAEPS) Covid-19 Quarantine and Low Risk Treatment Centre, was the person who lodged the report,” Health Minister Datuk Seri Dr Adham Baba (pix) told theSun on the sidelines of the Dewan Rakyat special sitting today.

Adham instead shifted the attention to media personnel who he blamed for breaching the Covid-19 Quarantine and Low Risk Treatment Centre.

The minister then sent a screenshot of the lawyer’s tweet which stated that these doctors were being held and were questioned by the police between 11.45pm on Tuesday and 3.50am yesterday to assist in the investigation into media personnel who entered the premises without permission to cover the protest.

Adham clarified that MoH was not involved with the ongoing police investigation and he pointed out that MAEPS is under the National Disaster Management Agency (Nadma) which is under the Minister in the Prime Minister’s Department.

“Instructions were given by MoH for no disciplinary action to be taken against these doctors who had participated in the #HartalDoktorKontrak protest to give voice to their unhappiness over their status as contract medical staff,“ he said.

When asked why the doctors were held for questioning for up to four hours, Adham said: “Should ask the police.”

In his statement, he said one of the media personnel is understood to have live-streamed the coverage while he was in the hall and now the police have collected statements from 17 medical frontliners who were on duty during the incident to assist the investigation.

5.Teens happy to receive Covid-19 vaccination, can’t wait to go back to school