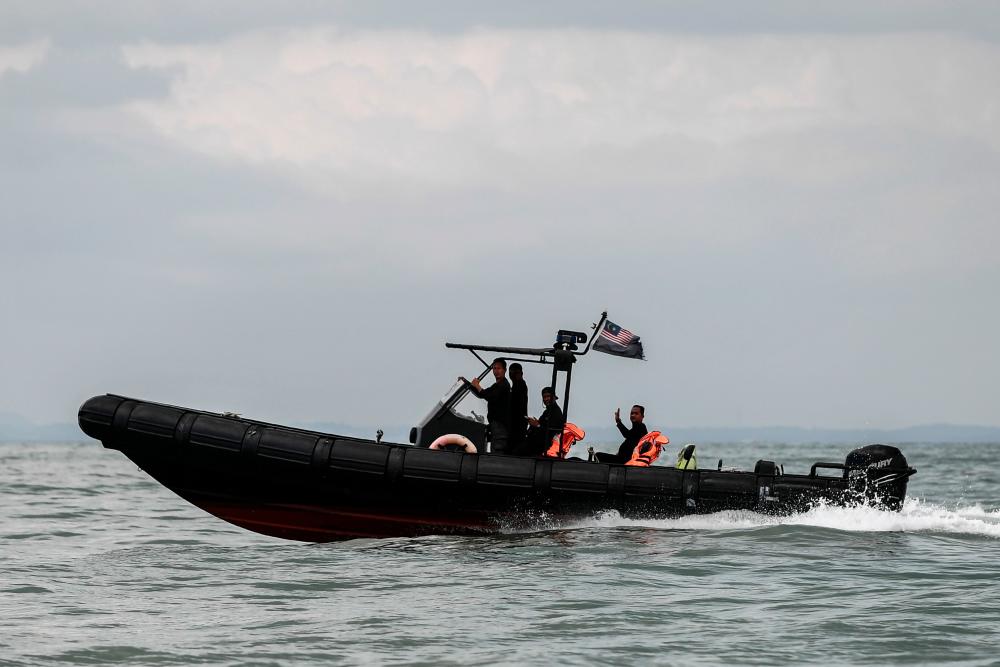 KUALA TERENGGANU: Three resort workers who drifted at sea for three days before they were rescued by Thai fishermen yesterday, survived only on mineral water during the ordeal.

Fauzi Mohamad, 40, said he and his friends, Mohamad Hafiz Abd Rahim, 22, and Muhammad Firdaus Mohd Awalluddin, 25, were adrift for about 72 hours before they were spotted by the Thai fishing boat.

They were spotted by the Thai fishermen at about 150 nautical miles off Kuala Dungun in Dungun and were taken to the Bunga Orkid Petronas platform, where the workers there then alerted the authorities.

“For three days, we survived on mineral water, even then, it had to be rationed because we did not know when we would be rescued. We do have food supplies in the boat, such as chicken, fish and beef, but they were all raw,“ he said.

The three men, who are Pulau Tenggol resort workers, were reported missing last Wednesday while on their way from the Aking Jetty, Seberang Pintasan in Dungun here, to Pulau Tenggol to deliver food supplies and necessities.

Recalling the incident, Fauzi said they had almost arrived at Pulau Tenggol at about noon last Wednesday when the boat engine stalled and their attempts to restart it failed.

“At first, only one of the two engines stalled, but after a while, with the huge waves hitting the boat, the second engine also stalled and we went adrift.

“We tried contacting our family members and friends using the telephone provided by our employer, but could not use it as there was no signal,“ he said when met at the Terengganu Malaysian Maritime Enforcement Agency (MMEA) jetty here today.

The three men were brought to the jetty from the Bunga Orkid Petronas platform by MMEA, following which they were sent to the Sultanah Nur Zahirah Hospital for examination.

While they were adrift in the boat at sea, Fauzi said he was not able to sleep.

“My concern was for Firdaus and Hafiz. They are still young and I tried to keep their spirit high, to not give up that help would come.

“On the second and third day, I saw a police boat, and also an MMEA boat, as well as a tour boat and a helicopter. They were about five miles away. I called out and waved at them to get their attention, but the efforts were futile,“ said Fauzi, who has been a part-time helmsman with Coral Island resort for nine years.

Meanwhile, Muhammad Firdaus, who has only been with the resort for three months, said he had high hope of them being rescued, but after the first day, he began losing hope.

“By the second day, my thought was only for my family and about dying. I felt very weak and tired and had given up hope. When the Thai fishermen found us, I felt like I was returning from the dead. After all this, I have to think about returning to work at the resort,“ he added.

Following the incident, Terengganu MMEA director Maritime Captain Muhammad Suffi Mohd Ramli advised all parties, including fishermen and tour boat operators, to be cautious when out in the sea and to ensure their boats are equipped with the necessary safety equipment.

“Boat operators should ensure their passengers wear life jackets at all times when on the boat, and also to ensure their telecommunications equipment are functioning well,“ he told a media conference at the Terengganu MMEA jetty here. — Bernama YNH to sell properties worth RM422.5m to ALX Asset Deloitte calls for boards to be more agile in stakeholder engagement YNH to sell properties worth RM422.5m to ALX Asset

Deloitte calls for boards to be more agile in stakeholder engagement Three districts in K’tan has lanthanide deposits worth RM125b: Takiyuddin

2.YNH to sell properties worth RM422.5m to ALX Asset

4.Deloitte calls for boards to be more agile in stakeholder engagement