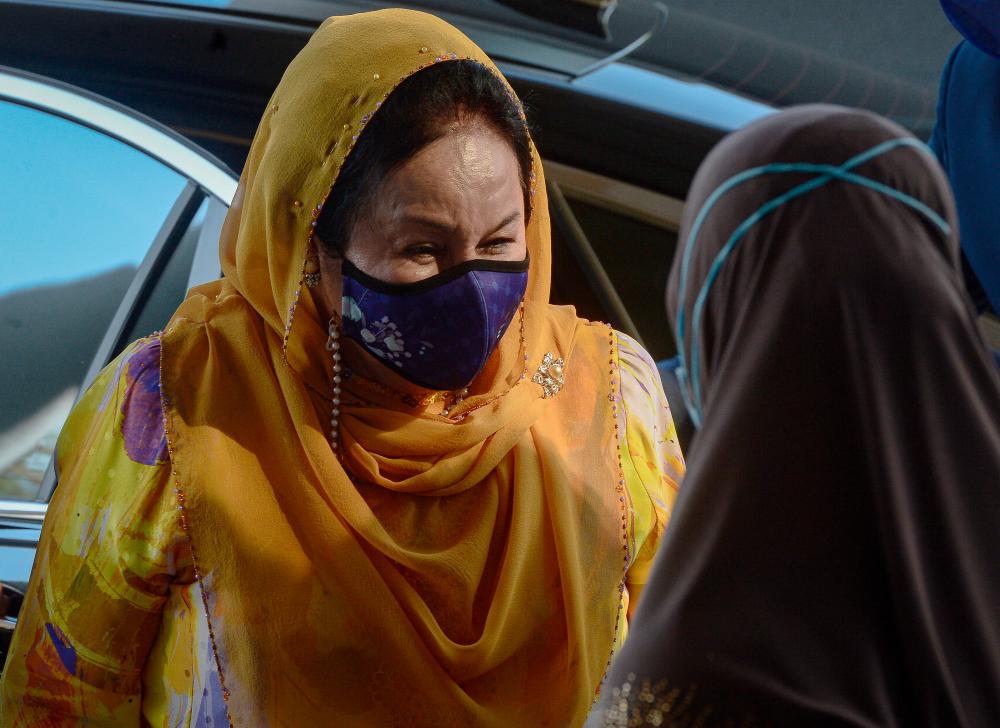 Rosmah’s counsel Datuk Jagjit Singh said they received the objection notice from AGC via email today at about 2.50 pm and needed time to prepare a written submission on the matter.

“We need a week to prepare a written submission in response to the objection,“ he said during today’s proceedings before High Court Judge Datuk Ahmad Kamal Md Shahid via Zoom.

The court had fixed today to hear Rosmah’s application to obtain leave to initiate a judicial review. Senior federal counsel Shamsul Bolhassan acted for the AGC.

Meanwhile, Sri Ram, who was named as the third respondent in Rosmah’s application said he filed an affidavit last month to oppose the leave for judicial review as it is an abuse of the court process.

The AGC opposed the application on the grounds that there is no arguable case and that it was frivolous, vexatious and an abuse of the court process.

The AGC contended that the trial of the applicant (Rosmah) on the charges framed against her has been completed and the trial court has fixed Sept 1 to deliver judgment at the close of the whole case.

“Therefore, what the applicant is seeking to do in the instant proceedings constitutes an interference with the due administration of criminal justice,“ said the AGC.

Meanwhile, Sri Ram in his affidavit contended that the issues which the applicant raised in the instant proceedings were all raised and adjudicated before the Criminal High Court (the trial court).

Rosmah, 70, filed an application for judicial review on June 24 in the High Court (Appeal and Special Powers) naming the Attorney General/Public Prosecutor, Government of Malaysia and Sri Ram as respondents.

In her latest application, Rosmah sought a declaration that the appointment of Sri Ram as Senior Deputy Public Prosecutor through three letters of appointment (fiat), dated July 8, 2020, May 11 and May 21, 2021, respectively, was unlawful.

In addition, Rosmah sought a declaration that the entire prosecution proceedings and full trial for the solar case which took place since 15 Nov 2018 until the defence closed the case were invalid and void and she must be acquitted of all charges under Section 16 (a) (A) of the Malaysian Anti-Corruption Commission Act 2009. 4.Gunman who tried to breach FBI office killed in standoff