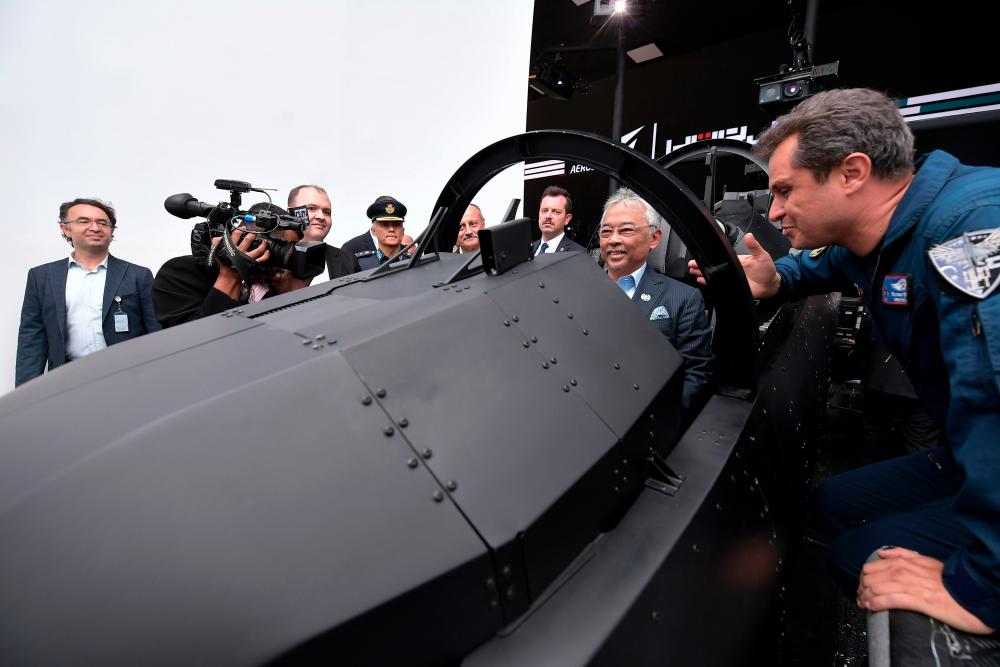 His Majesty, who expressed his pleasure over the visit and admiration for TAI’s technology, also hoped for closer cooperation between both countries, particularly in aircraft manufacturing and research and development (R&D) in the future.

“This is my first visit to TAI, and I observed there are many types of aircraft and also R&D done... and I am impressed. I was told that some of our young Malaysians have been learning the technology here.

“They (TAI) have made great advances in terms of technology and I have lots of hope that they will be able to collaborate with Malaysia on this,” His Majesty said at the end of the TAI visit.

Al-Sultan Abdullah then tried his hands at handling a TAI aircraft simulator.

TAI prior to this had expressed interest in collaborating and developing the Malaysian aerospace industry by bringing in original equipment manufacturing (OEM) expertise to Malaysia.

It plans to set up a production factory for aerospace products such as jets, helicopters and unmanned aerial vehicles in Malaysia within a year and make it a base for the Asia Pacific region.

The Yang di-Pertuan Agong is on a seven-day state visit to Turkiye that began on Monday (Aug 15).

Meanwhile, during the same programme, His Majesty met and mingled with a group of Malaysian students studying in Turkiye, including seven who are undergoing practical training in TAI.

The seven from Universiti Kuala Lumpur (UniKL) are pursuing aerospace studies at UniKL’s Banting branch in Selangor and are the first group from the university to undergo practical training at TAI.

One of them, Ihsan Jamal, 25, told Bernama that he hopes to be able to use the knowledge and experience gained throughout his month-long stint at TAI in the workplace someday.

The final-year student said he has had the opportunity to gain some insights into the development process of TAI’s aircraft.

“We studied aircraft owned by TAI right from the design stage to the assembling of aircraft components, all in one building.

“In addition, we also learned how TAI developed their aircraft for safe flying,” he said. - Bernama