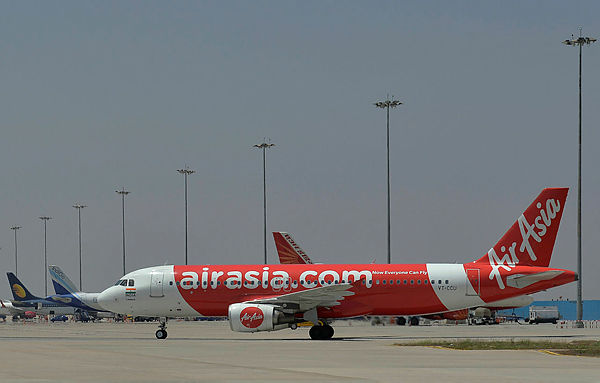 In a statement, the low-cost carrier said MAHB also had not engaged in appropriate consultation with it or AirAsia X, the two largest airline operators accounting for 97% of the overall passenger traffic at klia2.

“Major infrastructure and capex-intensive plans to integrate KLIA and klia2 need to be put on hold, and instead more critical issues need to be prioritised by MAHB,” AirAsia Malaysia chief executive officer (CEO) Riad Asmat was quoted as saying in the statement.

He said MAHB should spend the increased money that comes from airport tax collection on bringing up klia2 facilities to the same standard as KLIA, fixing the uneven aprons and taxiways as well as installing more guest-friendly spaces and redesigning boarding gates.

“Other more prudent uses of the additional airport tax could, for example, include dealing with overcrowding at airports around Malaysia such as Penang International Airport where the check-in area is simply too small to handle the growing volume of people using it,” he added.

“In our 18 years of operations, we have not received any request for interlining services from full-service carriers, including our own flag carrier which operates out of KLIA.

“There is absolutely no interlining potential for the airlines which MAHB fails to understand. This also shows that MAHB has no real understanding of what airlines and passengers truly need,” he added.

He also claimed that the Malaysian Aviation Commission (Mavcom)’s endorsement of the integrated terminal concept and the airside interlink proposals, were further justification that MAHB and its increased charges were less about passengers and more about the Mavcom-initiated Regulatory Asset Base that aims to protect and maintain MAHB’s earnings. — Bernama