All is well between GRS, Sabah BN - Hajiji, Bung Moktar 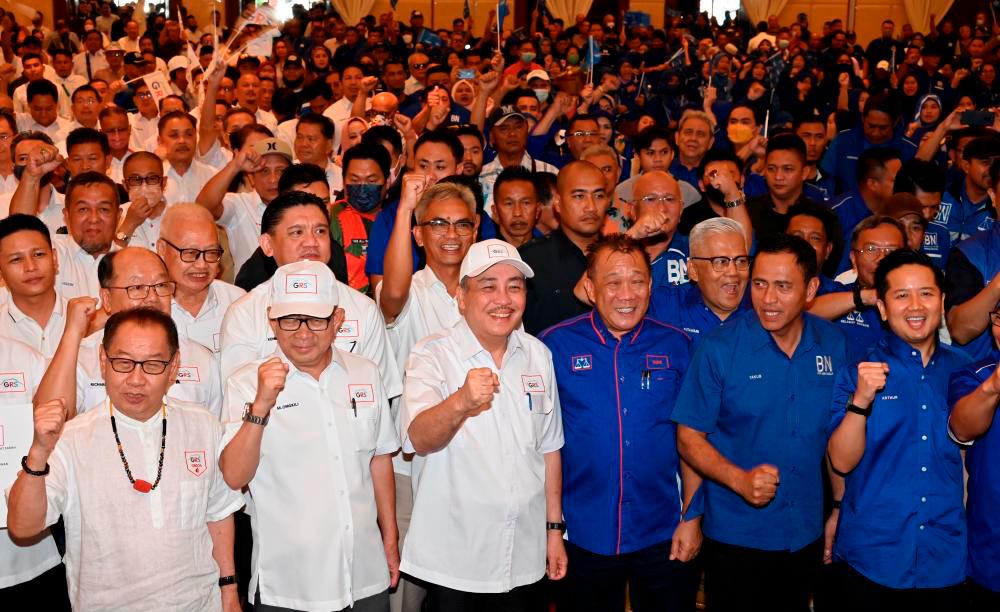 “We agreed to focus on efforts to restore Sabah’s economy and drive state development,” said Hajiji, who is also Sabah’s Chief Minister, to reporters after tabling the state Budget 2023 at the Sabah State Legislative Assembly sitting here.

Asked about his statement that GRS declared ‘war’ for supporting the prime ministerial candidate without discussion with Sabah BN, Bung Moktar said it was just a personal statement and admitted that he was a little emotional at the time.

“Politics is like that,” said Bung Moktar who is also the Deputy Chief Minister and insisted that there is no disagreement between GRS and Sabah BN.

On Nov 21, Bung Moktar was reported as saying that GRS’ announcement of support for Perikatan Nasional (PN) chairman Tan Sri Muhyiddin Yassin to be appointed as the new Prime Minister had breached an agreement between the two coalitions and amounted to a declaration of war