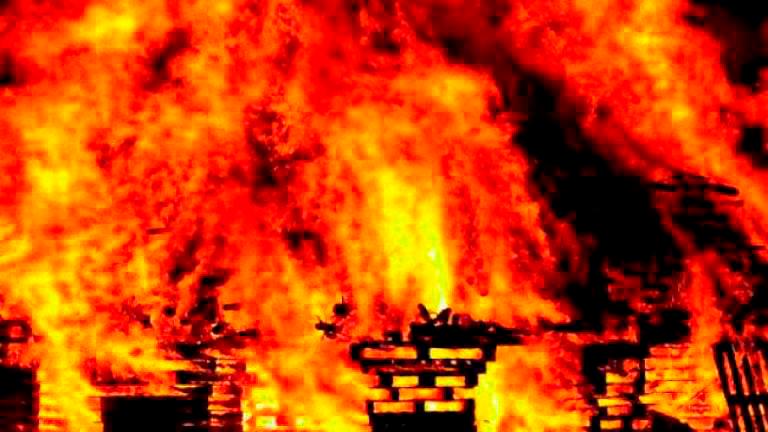 IPOH: “All the kacang, keropok and kerepek ordered by my customers for the Thaipusam and Chinese New Year celebrations were burnt to a crisp and I could not salvage anything. I feel so sad,” said T. Sanggarlingam in despair.

Sanggarlingam, 52, who has been running the business for the past 30 years, said he and his son S. Sathis Kumar, 30, had just completed their customers’ orders for nuts, crackers and chips at his shop at about 12.30am.

“Half an hour later, a neighbour called my son telling that he saw sparks and heard an explosion coming from our shop before alerting the fire department.

“My son and I tried to put out the blaze using a fire extinguisher but our effort proved futile,” he said when met by Bernama at the scene, here, today.

Sanggarlingam had to suffer losses of more than RM1 million when all the business equipment in his shop were destroyed in the incident.

A Perak Fire and Rescue Department spokesperson said apart from the shop, a double-storey house, a van and a motorcycle parked nearby were also damaged in the blaze.

However, he said there were no casualties reported.

About 90 per cent of the 40x80 ft shop were destroyed while the house, the van and the motorcycle were 30, five and 40 per cent burnt, said the spokesman.

The department was alerted to the fire at 1.08 am before dispatching personnel from Ipoh, Meru Raya and Pasir Puteh fire stations to the scene.

They were assisted by the Pasir Pinji, Menglembu and Pekan Baru Volunteer Fire Brigade members and the operation to put out the fire ended at 4.15am. — Bernama 1.Inter take title race to final week thanks to Martinez

3.Muhammad Ziyad saves Malaysian athletics the blushes with a bronze