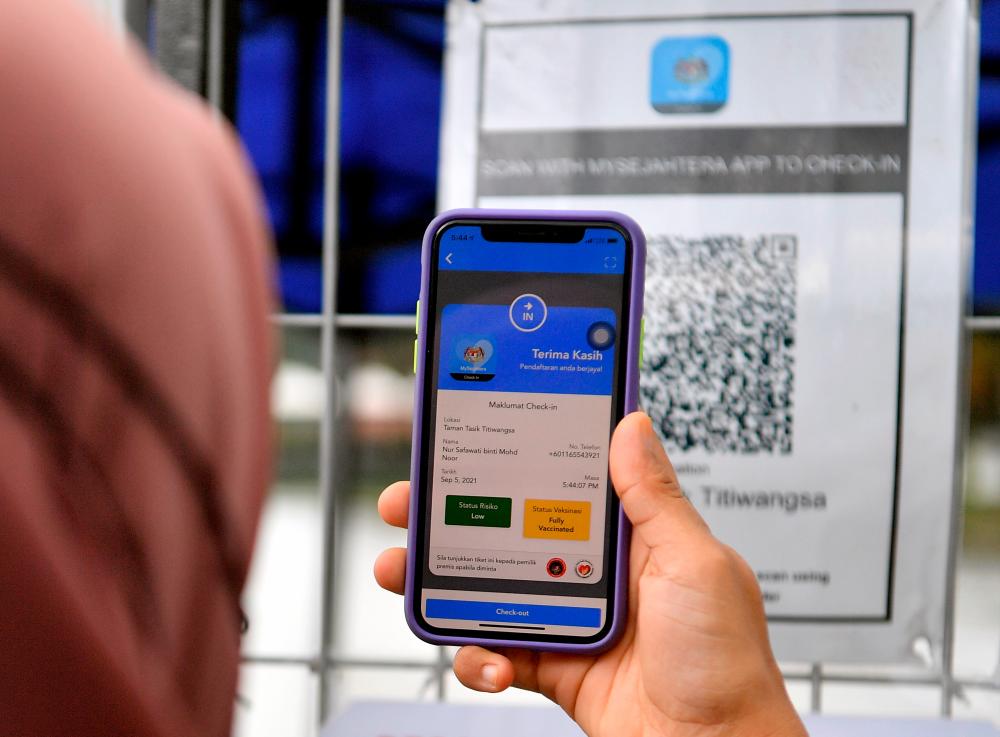 PETALING JAYA: Just like anything that is mandatory, many continue to gripe about the perceived inconvenience of having to check in and out with the MySejahtera app.

However, it turns out the app has grown on us. Many have begun to see its benefits rather than focus on the hassle of having to use it just to get into a restaurant or a shopping mall.

Consultant coordinator Dorothy Low said the app comes with many pluses if only one uses it to the fullest extent.

“For instance, if you want to know where the hotspots are, or where the nearest health facility is, this is the go-to app,” she told theSun.

Low is very careful whenever she leaves the comfort of her home and she uses MySejahtera as a guide.

“At the very least, I know the information is authentic and credible, something you cannot be sure of if you use social media,” she said.

However, there is still room for improvement, she added.

“Users will benefit from greater convenience and higher speed and enhanced efficiency of the helpdesk function,” she said.

Apart from that, MySejahtera should also be more active in posting Covid-19-related new, updates and announcements as well as infographics.

Describing herself as a “person of routine”, Low said the app should also have a “favourites” function that can be reached with just a tap.

“For instance, there could be a shortcut tap to check in at an office, which is one of the few places that we go to on a daily basis.”

She said the lack of efficiency at the helpdesk has also been frustrating.

“It fails to provide a sense of security and trust among users,” she added.

English tutor Lim Min Yi singled out the “hotspot” function as her favourite.

“It is highly efficient in providing information on areas, states and cities that have been categorised as ‘red zones’ as well as the number of infections within a radius of a kilometre in the last 14 days,” she said.

The app has helped make users more aware of their surroundings and to avoid red zones, she added.

She also likes that the app dispenses with the use of pen and paper to check in and out of business premises.

Lim said the app has also made it easier for her to monitor health status of her students.

She suggested that a pop-up or widget be developed to display the user’s vaccination status, thus dispensing with the need to open the app every time one goes into a restaurant or other business premises.

She said updates on other vaccination initiatives by the government should also be displayed on the app so that citizens will know of the programmes and whether they are eligible for it.

Hotelier Conrad Pillai said the MySejahtera app has helped him and his colleagues identify high, medium or low-risk guests.

“That means we can immediately take the necessary precautionary measures.

“This comes in useful in a place with heavy footfall. It helps us manage the situation at the hotel better,” he said.

Conrad suggested that the app develop a function that displays vaccination status of an individual’s dependants.

3.Non-Muslim houses of worship in Pahang can seek funding