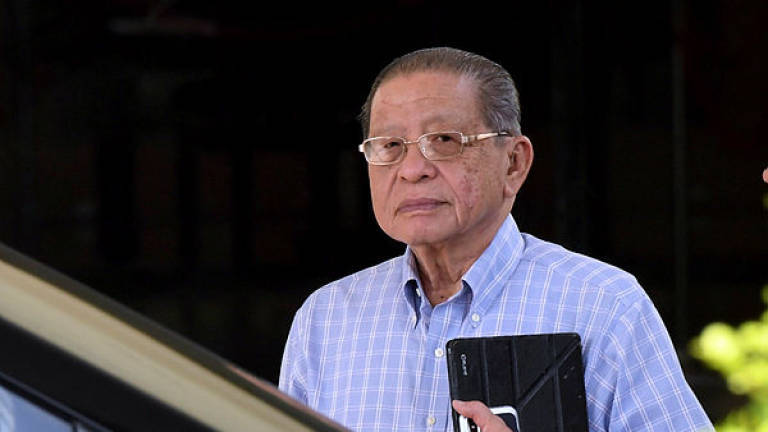 PETALING JAYA: DAP advisor Lim Kit Siang (pix) today urged Prime Minister Tan Sri Muhyiddin Yassin to bring forward the announcement on the economic stimulus package from next Monday to this Friday, in order to deal with the impending economic catastrophe caused by the Covid-19 pandemic.

Last Monday, Muhyiddin on a live press conference said that he would be announcing a new stimulus package on March 30. Lim thinks this might be a bad idea, opining an earlier date would be ideal to showcase the government’s competence, seriousness, and urgency in dealing with an economic crisis.

“Surely one month, or even three weeks or at least nine days were too long periods for the government to draw up a comprehensive economic stimulus packet to address the economic catastrophe of the Covid-19 pandemic”, Lim said in a press statement.

The veteran politician also went on the attack against Muhyiddin’s EPF scheme which allows contributors to withdraw RM 500 monthly from Account 2. Referring to statements made by Sabah and Sarawakian trade unions, he called the move irresponsible as it is advised EPF members do not make the withdrawals to continue having a financial retirement plan.

“Muhyiddin should hold a live telecast today to withdraw the proposal and substitute it with cash hand outs not only to the 12 million EPF contributors, but to the greater number of the working population who do not contribute the EPF,” he said.

He urged Muhyiddin to emulate Britain, and Denmark who have pledged to hand out cash aids in anticipation of mass layoffs.

“The UK Chancellor of the Exchequer Rishi Sunak pledged to do “whatever it takes” to save people’s lives, jobs and livelihoods through the coronavirus pandemic when he unveiled an unprecedented wage boost to his Covid-19 rescue package,“ added Lim.

“Or like Denmark, which is adopting one of the most radical economic plans in the world – for the government to pay business to keep employees.

“To discourage mass layoffs, the Danish government will pay employers up to 90% of the salaries of workers who go home and don’t work. The plan could require the government to spend as much as 13% of its GDP in three months, roughly the equivalent of a US$2.5 trillion (RM11 trillion) stimulus in the United States spread out over just 13 weeks.”