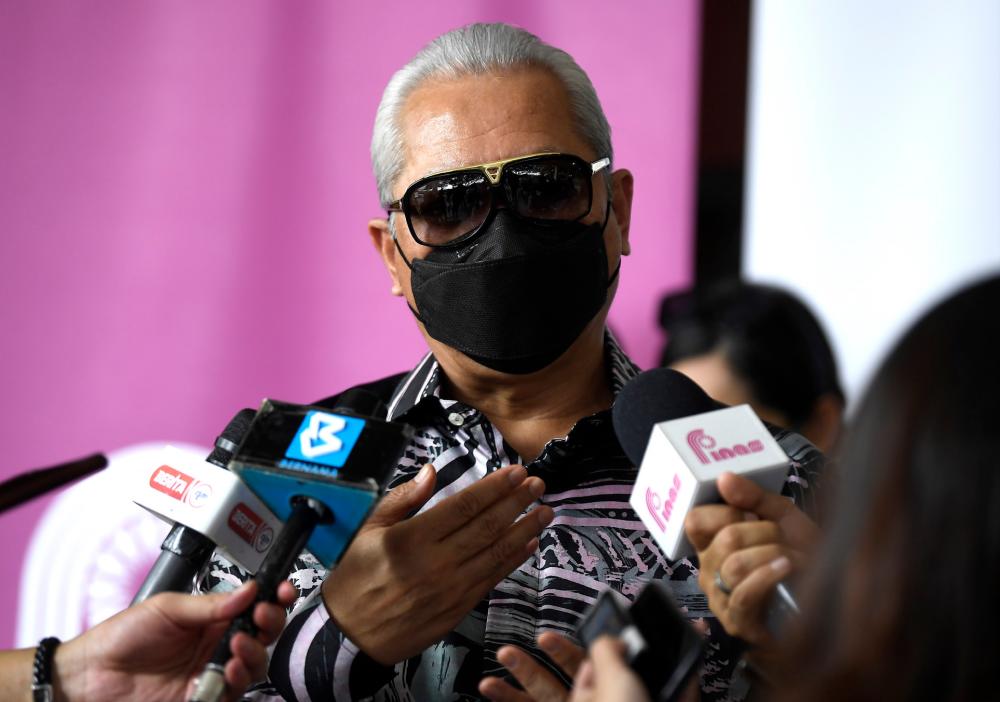 KUALA LUMPUR: Communications and Multimedia Minister Tan Sri Annuar Musa (pix) reminded arts practitioners including artistes not to be ‘self-centric’ in refusing Covid-19 vaccination as their career involving mingling with many parties.

Annuar Musa said such acts may satisfy oneself but it endangers others and it is not fair to those who had made the effort to get vaccinated.

“My advice to all regardless of status is that we must look at what (Covid-19 pandemic) is happening now in the world and the wise and safe way is to take the vaccine.

Annuar told reporters after visiting the shooting location of a telemovie ‘Cikgu vs Hantu’ at Dewan Seri Temuan, Damansara Perdana, here today, that a handful of artistes who declined vaccination had incurred the uneasiness of other arts practitioners who had been vaccinated.

In this regard, Annuar said he was happy to see arts activities such as filming becoming active again after the government gave relaxation for it to operate on Sept 7.

“Based on the observation, I did not see anything uneasy as the filming process was implemented according to SOP and I hope it would continue.

“I was also told that more than 100 producers had applied for filming permit from the National Film Development Corporation Malaysia (FINAS) and it means the industry is reviving and our decision to allow it was right,” he said.

Asked what can the people hope for under the 12th Malaysia Plan (12MP) which would be tabled on Monday, Annuar said it would a catalyst for the government to successfully implement the National Recovery Plan (PPN) to rehabilitate the country’s economy.

“12MP would outline the plans of all ministries to ensure the success of PPN which is generally related to COVID-19.

“The programmes laid out would be a catalyst which must be mobilised so that it (12MP) is not only announced but also implemented so that our economy would return to normal and leap to higher level,” he said.- Bernama

Kellogg and The Lost Food Project to feed frontliners