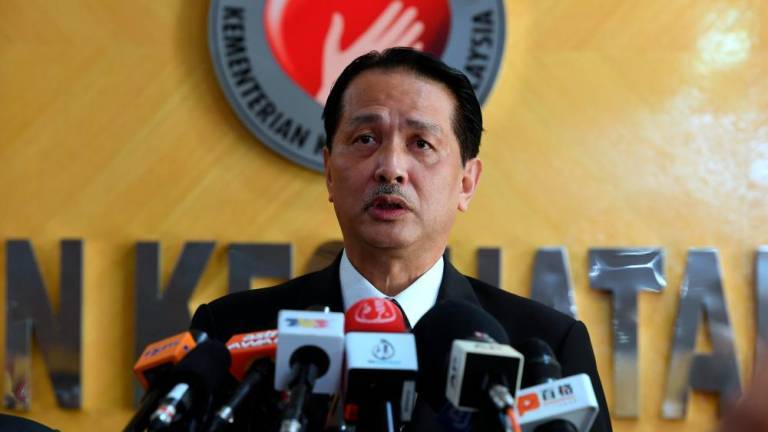 PUTRAJAYA: The number of patients who recover from Covid-19 inspires hope as another 122 patients were discharged today.

Health director-general Datuk Dr Noor Hisham Abdullah (pix) said it brought the total number of recovered cases to 767 or 24.6% of the total cases.

The number of patients who recover has increased each day throughout the week, he said.

On the development of the case in Simpang Renggam, Kluang, Johor which is under the Enhanced Movement Control Order (EMCO), Dr Noor Hisham said there were 11 new positive cases recorded in the district, bringing the total number to 122 so far.

“In Bandar Baharu Dato’ Ibrahim Majid, Simpang Renggam, there were 89 cases with an increase of one case and other localities have 33 cases,“ he said.

He said the cumulative number of positive cases in Sungai Lui, Hulu Langat, Selangor which also under EMCO, was 287 cases.