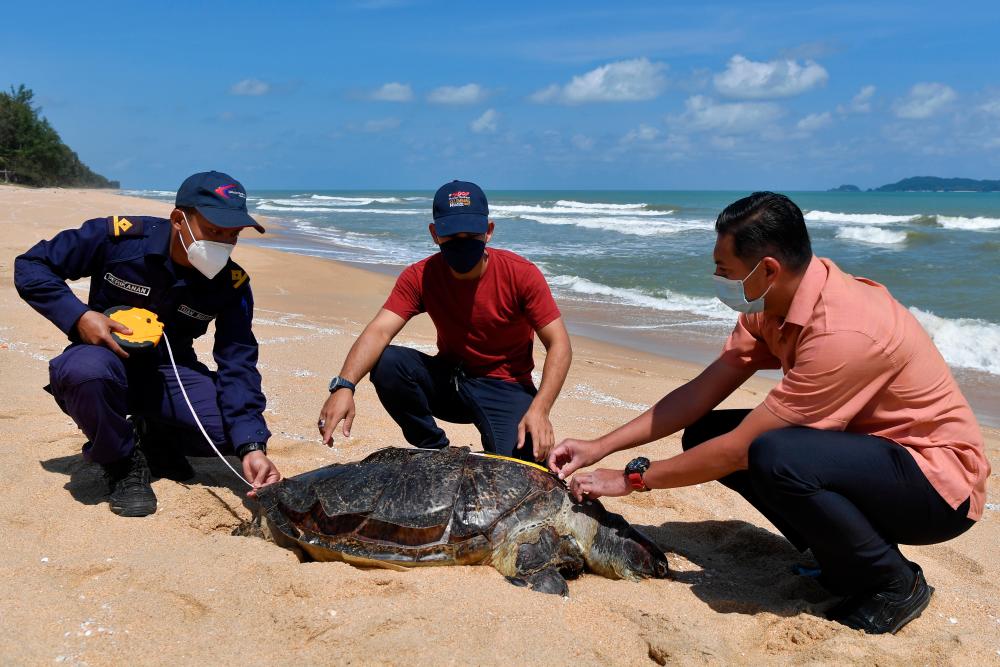 KUALA TERENGGANU: Another carcass of an adult female green turtle has been found in Pantai Kelulut near Marang this morning.

State Fisheries Department director Ruzaidi Mamat said the discovery of another turtle carcass in Terengganu was increasingly worrying as this is the eleventh turtle death recorded this month.

The dead turtle was found stranded in a state of decay and may have died three or four days ago, believed to be due to plastic ingestion.

“The carcass, measuring about a metre in length and width has been buried in an area where it was found,” Ruzaidi said when contacted by Bernama today.

Yesterday, the carcass of an adult green turtle was found floating in the waters off Pulau Kapas in Marang at 11 am, believed drowned after being trapped in a fisherman’s net.

Meanwhile, a civil servant, Syed Afif Hakimi Tengku Abdillah, 37, who discovered the carcass while walking along Pantai Kelulut said it was saddening to know that the number of turtle deaths has been on the rise lately.

“The turtle is an icon of Terengganu. Visitors come to this state because they want to see for themselves the pre-historic reptiles. What is left for the young generation if the turtles become extinct,” he added. — Bernama After scaling Everest, Elango out to conquer G7

After scaling Everest, Elango out to conquer G7

5.After scaling Everest, Elango out to conquer G7