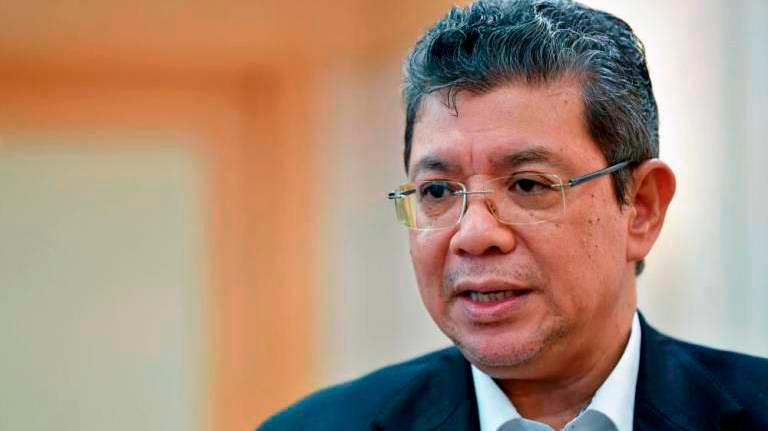 KUALA LUMPUR: The question of whether the repealed Anti-Fake News Act will be reinstated is among the issues raised in the Dewan Rakyat today.

Communications and Multimedia Minister Datuk Saifuddin Abdullah (pix), however, said for any offences related to fake news and social media abuse, offenders would face charges under the existing laws.

The matter was raised by Datuk Seri Shahidan Kassim (BN-Arau) during the question and answer session.

Shahidan also wanted to know the Communications and Multimedia Ministry’s mechanism to curb the spread of fake news, especially on Covid-19.

The text of Saifuddin’s answer was read out by Deputy Education Minister II Datuk Dr Mah Hang Soon after the minister was informed last night that he would not be allowed to enter the hall today after undergoing Covid-19 swab test a few days earlier than the time frame stipulated by Parliament.

Saifuddin’s swab test result came out negative while Deputy Communications and Multimedia Minister Datuk Zahidi Zainul Abidin was also not present as he had a scheduled appointment with the doctor.

On the mechanism, Saiffuddin said the ministry through its agencies such as RTM, the Information Department, the Malaysian Communications and Multimedia Commission and Bernama would continue to provide accurate information on government policies.

He said the government was also implementing the Info On Wheels Programme as well as campaigns through the printed and electronic media and distribution of pamphlets on Covid-19 in an effort to curb the spread of fake news.

“More than one million Covid-19 related pamphlets in various languages including Iban and Kadazan have also been provided,” he said.

Saifuddin said other effort is through the sharing of authentic information on all ministry’s official social media platforms and to date a total of 987 postings of information from the Health Ministry, RTM and Bernama have been shared. — Bernama