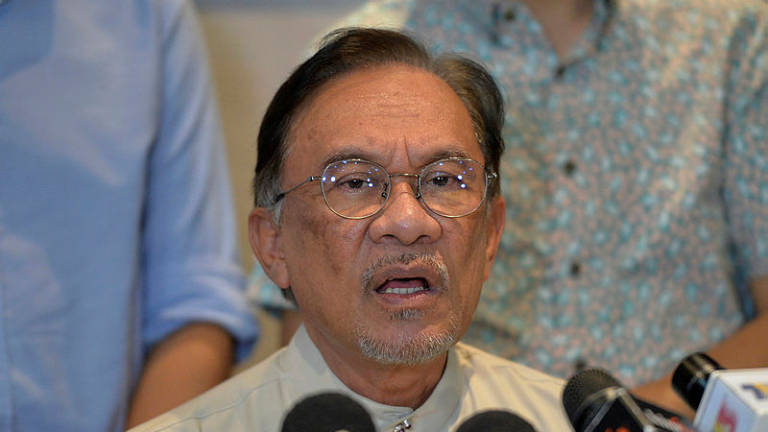 KUALA LUMPUR: PKR president Datuk Seri Anwar Ibrahim (pix) today had his statement recorded by the police to assist the investigation into an allegation by Muhammed Yusoff Rawther that he was molested by the politician on Oct 2 of last year.

“He had cooperated well in a session that lasted for about one hour and a half,” he said when contacted by Bernama here.

Anwar said he had given his full cooperation to the police during the process.

“Soon after, they (police) and I, along with counsel Ramkarpal Singh had returned to my house to complete the investigation,” he said in a statement.

“I appreciated professional treatment accorded to me by the police officers during the whole process,” he added.

According to Huzir, the case was being investigated under Section 354 of the Penal Code and the investigation paper would be submitted to the Attorney-General’s Chamber along with some recommendations based on the investigation findings.

Last Saturday, media reported that Muhammed Yusoff had lodged a police report with Sentul district police headquarters asking the authority to investigate his allegation. He also attached a statutory declaration saying that he was molested by Anwar on Oct 2 last year with the police report.

Anwar has denied the allegation, saying that he was busy campaigning for the Port Dickson parliamentary by-election at the time of the alleged incident. - Bernama