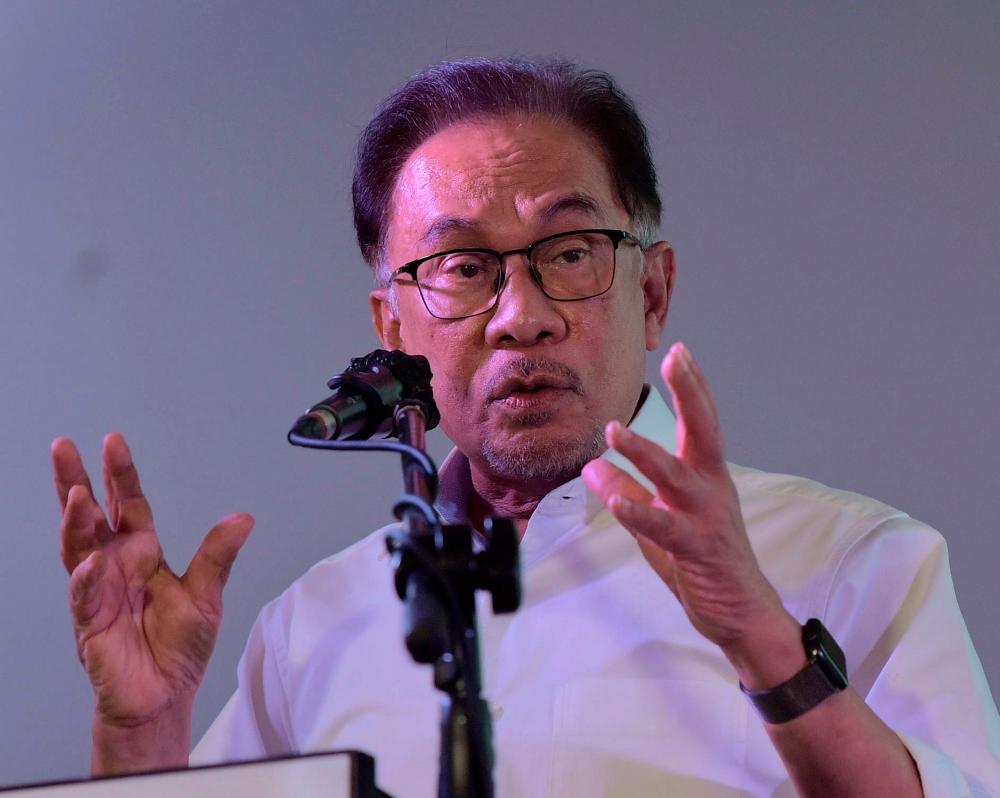 PETALING JAYA: Opposition leader Datuk Seri Anwar Ibrahim (pix) today revealed that he had the support of 120 MPs, including 15 from Umno, to become prime minister in 2020, but the number was reduced after he declined to meddle in Datuk Seri Najib Abdul Razak’s court cases, Malaysiakini reports.

The Port Dickson MP said Najib and Umno president Datuk Seri Ahmad Zahid Hamidi were among those who had thrown their support behind him.

“Not all the SDs were sent through me, there were also those who sent the declaration directly to the palace, including the 15 from Umno.

“However, even though the number of support had come to 120, Pakatan Harapan was holding to a principle that we would never accept SD from Najib and Zahid.

“While they still have the right to sign SD in support of anyone, on the Harapan side, we did not accept their support, albeit them having sent the SDs directly to the Yang di-Pertuan Agong. So, minus the two, we still had 118,” he reportedly told reporters when met during an event in Port Dickson.