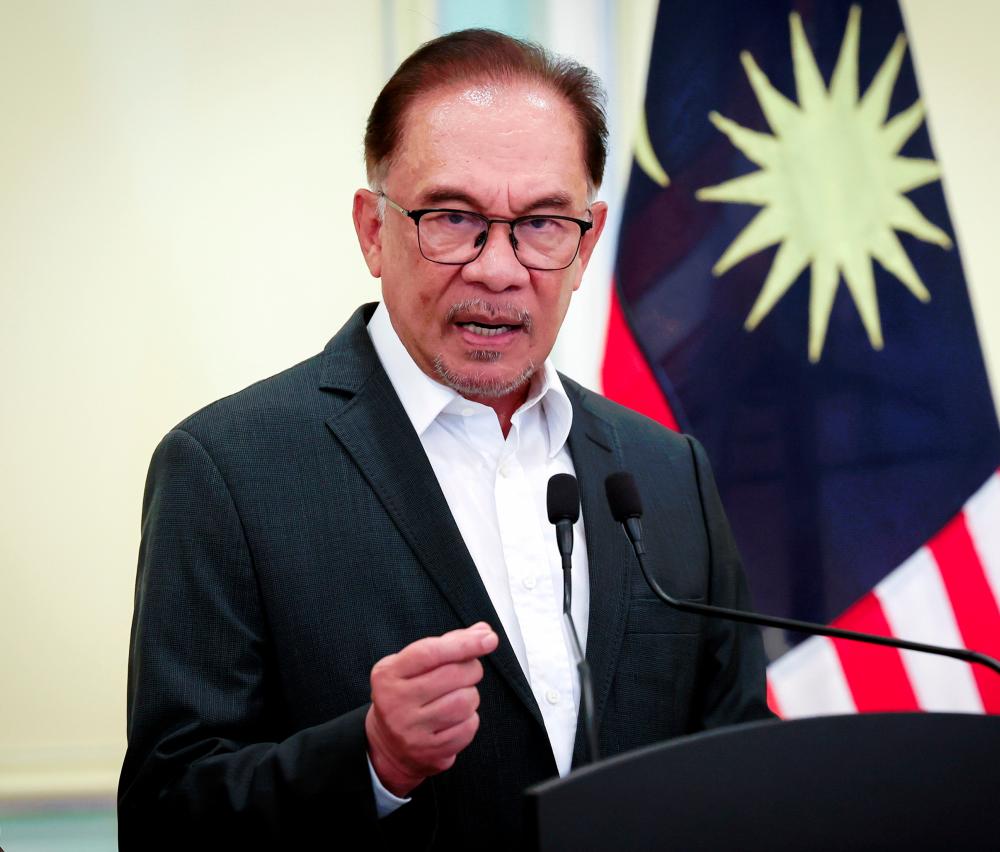 KUALA LUMPUR: Prime Minister Datuk Seri Anwar Ibrahim (pix) has issued a notice of demand against Kuala Terengganu MP Datuk Ahmad Amzad Hashim seeking an unconditional apology over a video recording alleging that he had lied in relation to the RM1 salary he received when he was Selangor economic advisor.

The Pakatan Harapan chairman also demanded that Ahmad Amzad apologise for disputing the pardon he had obtained in relation to his case.

Lawyer Datuk SN Nair when contacted confirmed he had sent the demand notice to Ahmad Amzad via post.

According to Nair, his client is demanding that the Tik Tok video about him under the name @nelly3868 which allegedly contained defamatory words be retracted and to delete and remove all offensive and defamatory comments.

He said the Tambun MP also demanded a written undertaking by Ahmad Amzad not to repeat any of the allegations and comments as in the video, in addition to seeking damages.

“If my client does not receive any satisfactory response within five days from the receipt of this notice, our instructions are to apply for an injunction order and proceed with legal action against Ahmad Amzad,“ he said.

Based on the notice of demand, Ahmad Amzad had on Dec 7 allegedly expressed or caused the publication of the said video which has over 2,928 views, over 45 comments, over 87 likes and was shared 21 times as of the date of the notice.

Nair claimed that the video and defamatory remarks, among others, implied that Anwar is a liar, prone to perversion, and has sought illegal means to be freed from criminal convictions.

The lawyer said Anwar insisted the video and defamatory words were untrue and were made to humiliate him and were planned to tarnish his reputation.

“YB Ahmad Amzad has also insulted the authority of the Yang di-Pertuan Agong (YDPA) and the Rulers under Article 42 of the Federal Constitution and has challenged the process and decision of full pardon by the YDPA in releasing and clearing all criminal records and past convictions of our client,“ he said. - Bernama