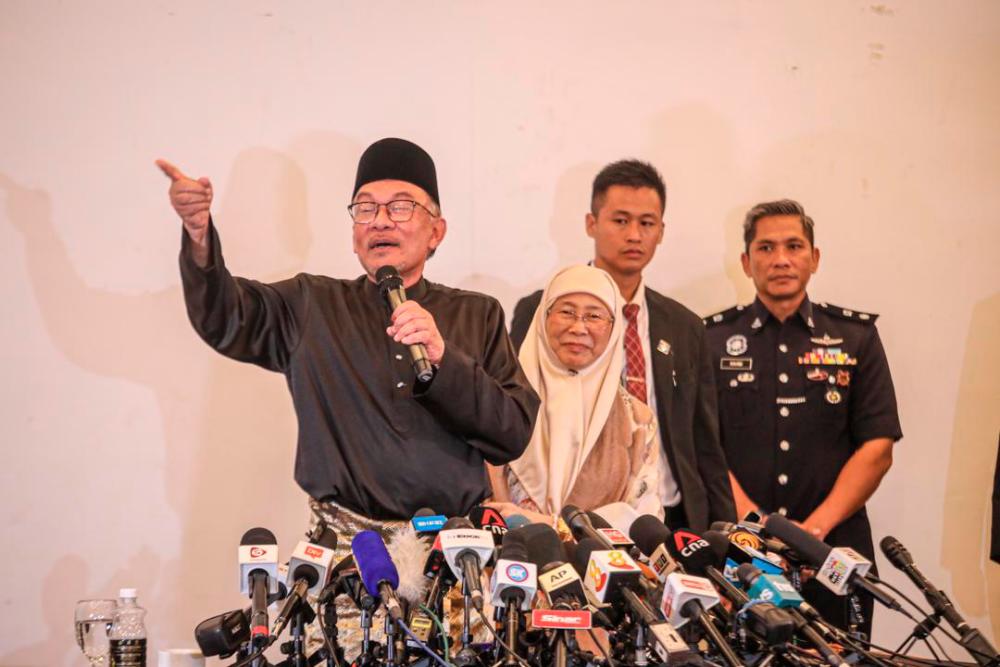 BUKIT MERTAJAM: Datuk Seri Anwar Ibrahim’s family and friends, as well as residents in Cheruk Tok Kun here are brimming with pride over his appointment as the country’s 10th Prime Minister yesterday.

They are also happy and excited that the Tambun Member of Parliament has become the chief executive of the country and hope he will discharge his duties with full responsibility and trust.

Anwar’s eldest brother, Idrus, 80, when met at the family home in Cheruk Tok Kun, said they are all grateful and happy for Anwar, as this is the culmination of his 28-year political struggle.

“As soon as we were told that Anwar had been appointed as the 10th Prime Minister today, our family was filled with a mixture of happiness, excitement and sadness ... because his struggle has finally been rewarded.

“From young Anwar has loved to help people. After finishing his studies at the Malay College Kuala Kangsar (MCKK), he returned here to start additional classes for children, not only in Cheruk Tok Kun but also in Alma and Machang Bubok because he wanted them to succeed,“ he said.

Idrus, who is a retired teacher, said he had high hopes that Anwar would deliver what he had promised, especially to help improve people’s living standards and education, now that he is PM.

He said Anwar had always been tenacious and helpful. Therefore, Idrus believes that Anwar’s hard work to become a politician had been rewarded despite being slandered and accused of various things.

“Now is the time for Anwar to carry out his work and I hope he can carry out his responsibilities well,“ he said, adding that the last time he spoke with Anwar was on the phone the day before nomination day for the 15th General Election (GE15) recently.

Anwar’s childhood friend, Yusof Abd Rahman, 75, who is also a neighbour of Anwar’s family (in Cheruk Tok Kun), said they have been friends since Standard Four before Anwar was transferred to another school.

“I am confident Anwar will be our best Prime Minister because from childhood he not only has the traits of a leader but also as a peacemaker among friends whenever there was a fight among us.

“We are all proud that he has been chosen as the country’s No 1. Until now, if Anwar sees his friends even on the roadside, he would stop for a moment to say hello,“ said the former lorry driver.

Mohd Haikal Abd Hamid, 40, who runs a restaurant, said he is extremely happy after learning of Anwar’s appointment today because it has been a long time coming.

“Who is not happy and excited when a native here is appointed as Prime Minister? We are definitely grateful that his ambition to lead the country has finally come true ... we are of course excited by this development,“ he added.