Anwar sworn in as 10th PM 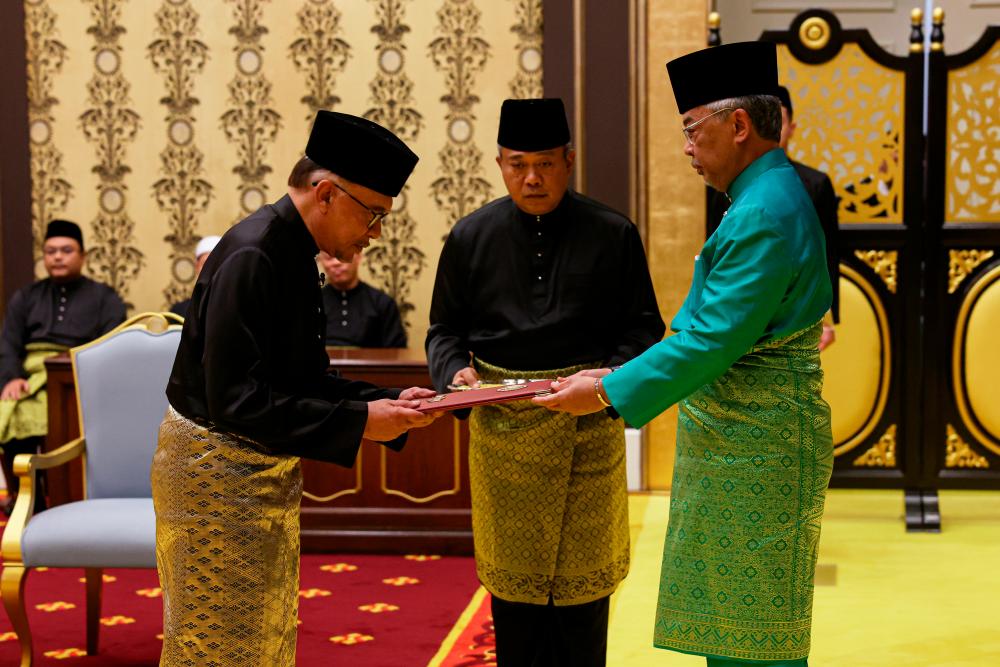 Al-Sultan Abdullah consented to Anwar’s appointment in accordance with Article 40(2)(a) and Article 43(2)(a) of the Federal Constitution.

The swearing-in ceremony was held after His Majesty deliberated the views of fellow Malay Rulers who convened a special meeting at Istana Negara earlier today to make the best decision for the interests and well-being of the country and the people, five days after the official results of the 15th General Election (GE15) were announced.

Anwar, 75, attired in a black baju Melayu and gold-embroidered samping, was accompanied by his wife, Datuk Seri Dr Wan Azizah Wan Ismail, who is Bandar Tun Razak Member of Parliament.

After taking his oath, Anwar signed the instruments of appointment which were then attested by Chief Justice Tun Tengku Maimun Tuan Mat and Chief Secretary to the Government Tan Sri Mohd Zuki Ali.

For the first time in the country’s history, the national polls last Saturday ended with a hung Parliament after no party obtained a simple majority of 112 seats in the 222-seat Parliament to form a new government.

Taking heed of the Yang di-Pertuan Agong’s decree for all parties and coalitions to consider forming a unity government to end the political turmoil, they finally agreed to support the government led by Anwar. - Bernama