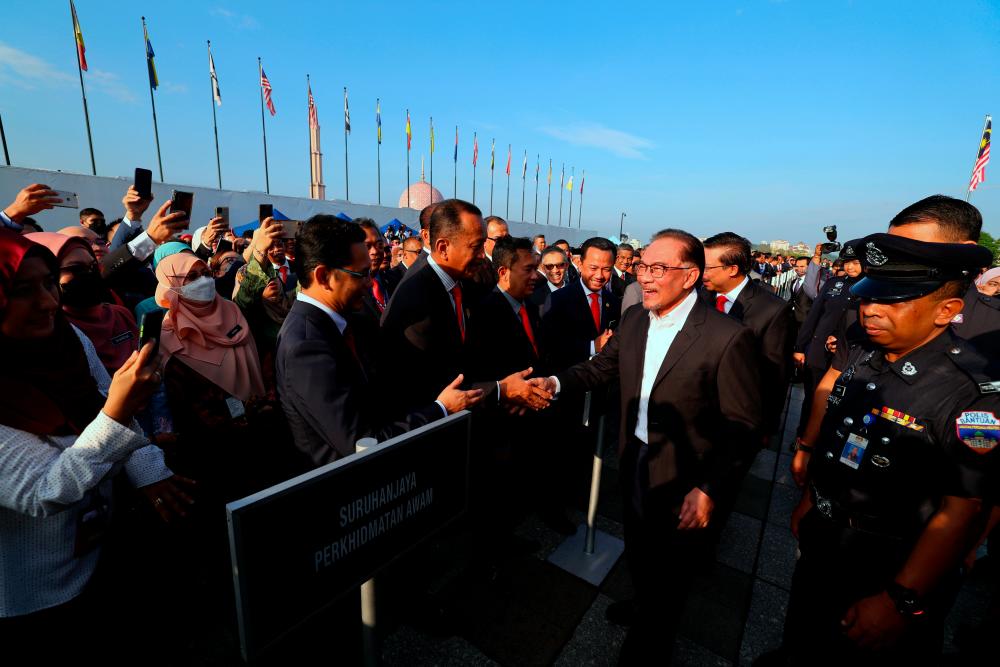 PUTRAJAYA: Prime Minister Datuk Seri Anwar Ibrahim today called on the civil servants to work with the government leadership to bring about change to bring back the country to its glorious days.

Addressing the staff of the Prime Minister’s Department, his first meeting with them since his appointment as Prime Minister last Nov 24, here today, Anwar said civil servants need to bring the spirit of “islah” (bringing back a situation to a correct, accurate and appropriate state) for the sake of the country.

Reform is required for the country to change, he said, adding that Malaysia had reached a certain level before, but unfortunately it had declined in terms of economy, stability and discipline.

“We may not be successful if the civil service is not with me,“ he said.

Anwar said the public service is a pillar of the country and it will not change even if there is a change in the government or the prime minister.

“Leaders come and go, but civil servants remain in upholding the system and rules of the country,“ he said, adding that based on his experience as finance minister, he would not have succeeded without the help of the civil service.

“Listen to their views ... our intelligence, our tenacity, our interest will not be the same as their (civil servants) experience,“ he added.

Anwar also praised the commitment of civil servants as reflected at the special meeting of the National Action Council on Cost of Living last Sunday.

“They all came fully prepared. I was very happy, there was full attendance. We need to develop this and not allow for some circles to damage the image and strength of civil servants,“ he added.

Anwar said he would also go to the departments and ministries to get advice and views from civil servants.

“Only by doing this, we are considered as a family working as a team,“ he said. - Bernama