Any law to restrict party hopping would be against the Constitution: Hanipa 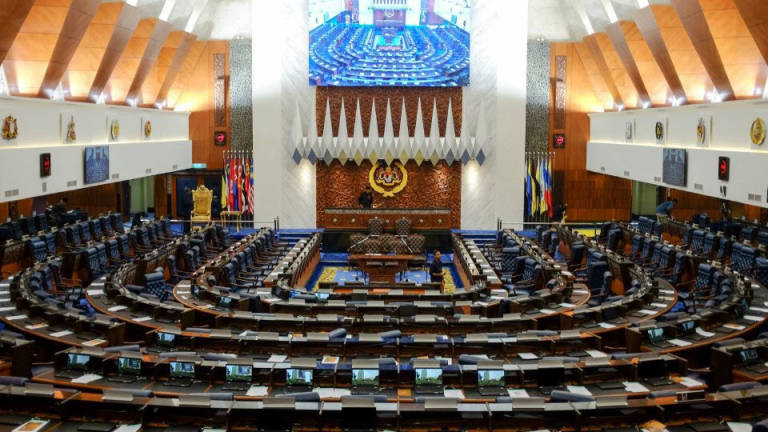 KUALA LUMPUR: Political parties in Malaysia will have to live with the fact that there is nothing that can be done if their MPs or assemblymen decide to switch sides.

Deputy Minister in the Prime Minister’s Department Mohamed Hanipa Maidin said the government does not intend to introduce any legislation to prevent party hopping.

He told Chan Foong Hin (PH-Kota Kinabalu) that this would be against a 1992 Supreme Court ruling that such legislation would go against the Federal Constitution.

He was referring to a case in Kelantan in the early 1990s that saw two assemblymen from the now defunct political party – Semangat 46 – defect to Umno.

The duo — Nordin Salleh and Wan Mohamed Najib Wan Mohamed — were disqualified as assemblymen in accordance with an anti-hopping law in the state.

Both lost in the subsequent by-elections but the Supreme Court ruled that their disqualification was against the constitution and reinstated them as assemblymen.

Hanipa told the Dewan Rakyat that based on the court’s decision, it was clear that such legislation would restrict one’s right to freedom of association as enshrined under Article 10(1)(c) of the constitution.

“We know there is a need for an anti-hopping law, especially in Sabah but we are subject to the Supreme Court’s ruling of 1992,” he added.

The deputy minister pointed out that any legislation to compel elected representatives who switch loyalty to vacate their seats would be against Article 48(1) and Part I(6) of the Eighth Schedule of the Constitution.

The provisions specifically include several conditions — holding an office for profit, being declared of unsound mind, bankruptcy, failure to lodge the return of election expenses or conviction for an offence that results in a sentence of more than a year in prison or a fine of RM2,000 or more — as reasons to disqualify a person as an MP or assemblyman.

Party hopping is not one of the conditions listed.