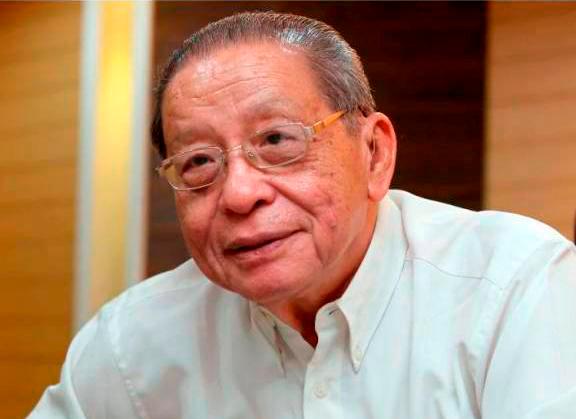 Judge Datuk Azimah Omar ruled that Lim succeeded in justifying his qualified privileges when making those statements as the 1MDB scandal involves criminality, illegalities, social and economic repercussions to the nation’s economy as well as the morality of the nation’s top leaders and agencies.

“It is well within the rakyat’s rights. Not just the defendant (Lim) as member of parliament - interest and duty to voice out their dismay and enmity especially when all the avenues (of complaint) have been exhausted and only for the uproar to fall on deaf ears.

“The defendant voiced his thoughts to the public as he exercises responsible journalism,” she said and ordered Mohamed Apandi to pay RM80,000 in costs to Lim.

The judge ruled that Lim was justified in his statement urging Mohamed Apandi to answer why he had absolved Datuk Seri Najib Tun Razak of the 1MDB affair in 2016.

Judge Azimah noted that Lim was justified in raising the issue, especially after the former premier had been convicted by KL High Court in 2020 in the RM42 million SRC International Sdn Bhd’s corruption case.

She further said that Najib’s conviction was upheld by the Court of Appeal last year.

Mohamed Apandi, 72, was present at court today, while Lim, 81, has joined the proceeding via Zoom.

Earlier, Judge Azimah rebuked Lim for not turning up in court to hear the decision over the suit.

“As a parliamentary man, Lim should have known the law and as a defendant, he should have some respect for this court,” said the judge who was furious with Lim’s absence.

To this, his lawyer Sangeet Kaur Deo replied that it was her fault as she didn’t inform her client that he must appear before the court.

“We apologise for this. We thought that it would be sufficient that we are here. He is available by Zoom if this court allows,” said the counsel.

On July 5, 2019, Mohamed Apandi sued Lim, claiming that on May 6, 2019 Lim had written and caused to be published an article titled “Dangerous fallacy to think Malaysia’s on the road to integrity” in Malaysiakini.

He claimed that the alleged libellous words in the article implied that he was involved in crime and had abetted in the 1MDB financial scandal, was a person with no morals and integrity, was unethical and had abused his power when he was the AG.

Mohamed Apandi, who was the AG from July 27, 2015 to June 4, 2018, contended that the libellous words were untrue and written with the intention of tarnishing his image and credibility as a former Malaysian AG for cheap publicity.

He sought aggravated and exemplary damages, as well as RM10 million in general damages, an injunction to prevent Lim and/or his agents from publishing the alleged defamatory words again and other relief deemed fit by the court.-Bernama