Apec 2020 and related meetings to go ahead as planned: Azmin 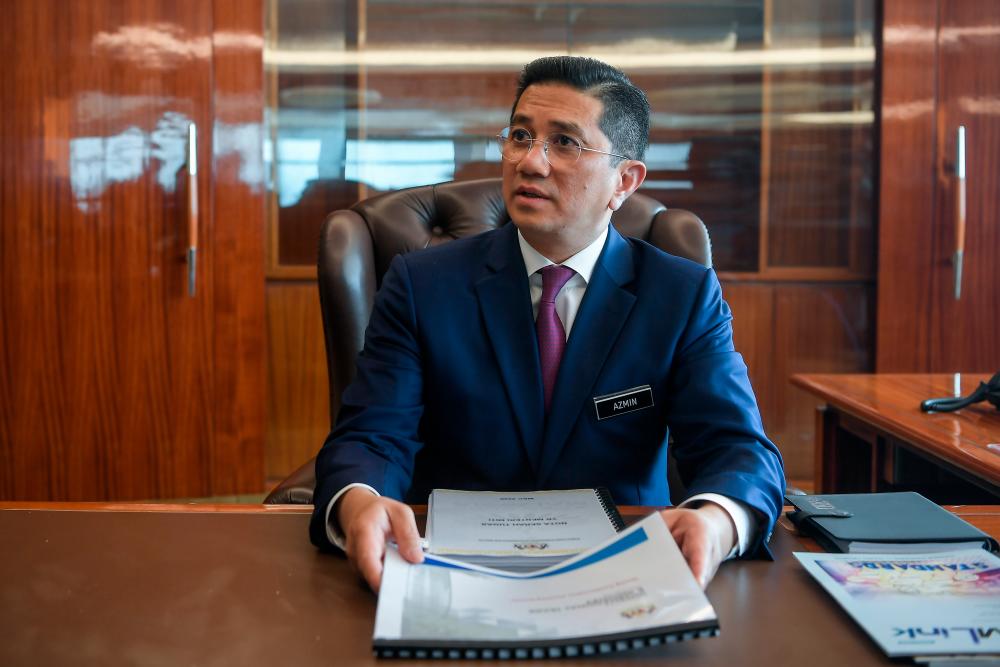 He said all 21 members of the grouping have expressed hope that the meetings would go on despite Covid-19 fears but plans are underway to change the initial locations to reduce the movements of delegates.

“There is a need to ensure that the venues and locations are not too crowded for the meetings to go on smoothly,“ he told Bernama and RTM after chairing his first meeting as Miti senior minister with heads of departments and agencies under its purview, here today.

At the meeting, Mohamed Azmin was briefed on Miti’s role and functions by its secretary-general, Datuk Lokman Ali Hakim.

The first Apec 2020 meeting involving officials - Apec Ministers Responsible For Trade, which was initially scheduled for April 20-21, 2020 in Sabah, has been proposed to be relocated to Kuala Lumpur instead.

Mohamed Azmin said Apec preparations needed to be carried out systematically to make Apec a showcase that Malaysia is ready to compete globally and cooperate with its member states in addressing the problems faced.

On his meeting with Miti heads of departments and agencies, Mohamed Azmin said he reminded them on the need to move quickly to ensure that the challenges faced by the people and the services needed to be attended to immediately as the country is on a crisis mode.

He said it is crucial to improve the domestic investments following Covid-19 by increasing domestic productivity and looking for new markets such as Asean countries which have a population of 650 million.

“The lesson that we can learn from the impact of coronavirus virus is that we cannot rely solely on foreign direct investments (FDI).

“While FDI is important to create jobs and bring in the flow of capital into the country, domestic investment is also important due to the uncertainty faced.

“We are also re-looking into the Economic Stimulus Package to see the need of other sectors, as well as those impacted by coronavirus (Covid-19), including exporters of chemicals and raw materials importers to and from China.

“Besides that, we will also see how we can include those from the retail side, who have been suffering from weak demand to help them improve their businesses and trade activities,” he said.

Mohamed Azmin also spoke of the need for small and medium enterprises to continue embracing the latest technologies, including the Internet of Things (IoT), robotics and automation.

On the lack of financial resources faced by SMEs, the senior minister said he would further look into the matter. - Bernama

2.Sultan of Perak will perform functions of King when His Majesty is away visiting UK

3.Rain or shine, pandemic or not, Khairy’s appeal in Anwar suit must proceed, says judge