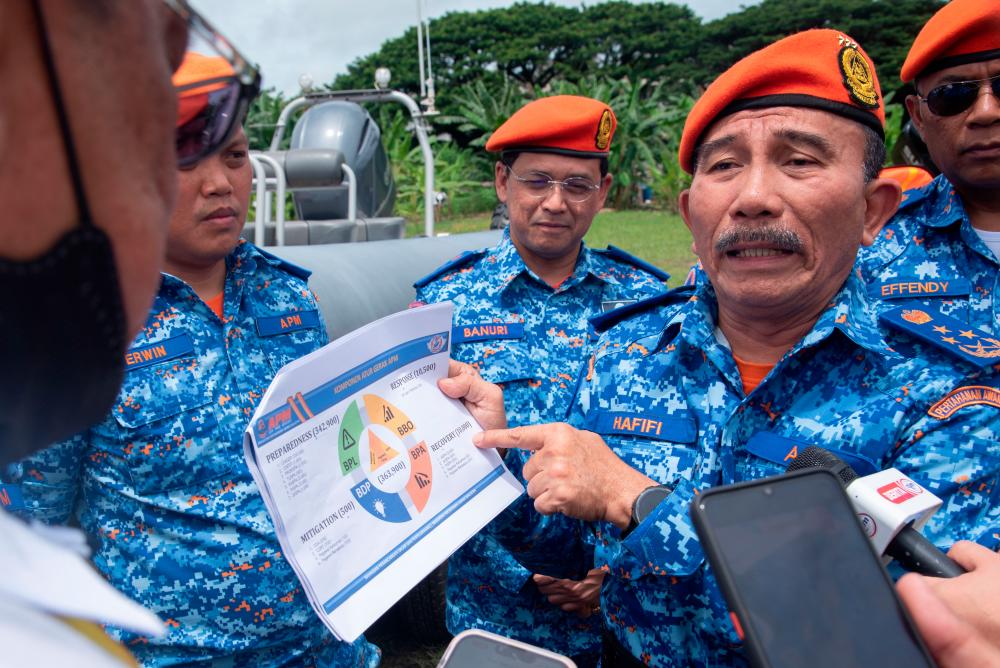 LABUAN: The Civil Defence Force (APM) is beefing up its assets and workforce in anticipation of massive floods from end of November until early next year.

He said 10,500 operational and technical officers nationwide were in full preparedness (for round-the-clock operations) to discharge rescue operations when floods strike.

“I’m on a nationwide visit to APM offices and operation centres to conduct inspection on assets and our strength in preparation to face the monsoon season floods.

“We will be identifying hotspots or flood-prone areas nationwide especially in East Malaysia, namely Sabah, Sarawak and Labuan, to ensure we can step up coordination efforts in preparation for the massive floods,” he told reporters after visiting Labuan’s APM operations centre here today.

Dr. Norhafifi said APM would move some of its assets from the unaffected states to the affected areas (especially in the east coast) to improve the logistics and response time for rescue operations and evacuation of flood victims.

He said the agency currently had 1,304 assets (for rescue operations in water, on the road and residential areas) and 64,310 Collapsible Tents (C-Tent).

“The wait-and-see attitude for a rescue operation when the disaster strikes, must change now...we must increase our own community disaster preparedness and mitigation, rather than relying or waiting for rescue teams to come for evacuation,” he said.

Malaysian Met Department predicts the country will experience continuous heavy rain from mid-November, leading to major floods by the end of that month.

MetMalaysia director-general, Muhammad Helmi Abdullah, said the La Nina phenomenon, which is ongoing and expected to last until early next year, will increase rainfall. -Bernama 5.Three jailed for 30 years for drone attack on Venezuelan leader