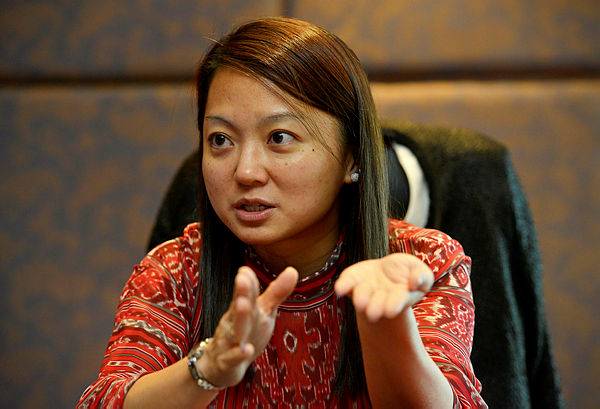 KOTA KINABALU: Only 92 applications to check 1,497 names have been received for the registry of sexual offenders against children (e-DKK) which was launched by the Women. Family and Community Development Ministry in March.

Its deputy minister Hannah Yeoh (pix) said that the number of applicants using the system from April to July was still low due to the lack of awareness in society especially nursery operators when hiring caregivers or new workers.

She said that the mind set “it’s okay because it is other people’s problems” among parents must be done away with to ensure that operators of nurseries used the system at the Social Welfare Department (SWD).

‘’Some states do not use the system, namely, Perlis, Melaka, Pahang and Federal Territory of Labuan. I urge the SWD in the three states and Labuan to escalate campaigns on the system,’’ she told a media conference after closing a seminar on Awareness of Security and Health of Babies and Children among Caregivers here today.

Hannah said that the system had 3,000 names of sexual offenders against children since 2017 until February 2019 under the Sexual Offences Against Children Act 2017 (Act 792) .

She said that the system was important for operators of nurseries to avoid recruiting minders who were registered sexual offenders against children.

She said that there were nine applications from Sabah to use the system to check 241 names.

In the meantime, Hannah said that the number of nurseries nationwide currently registered with SWD was 4,671 with 33,576 children.

She said that there were only 1,202 caregivers at the nurseries with 591 caregivers who had attended Basic Caregivers Course while the rest (611) had not.

She believed that still many nurseries were operating illegally due to various factors including difficulties in meeting the conditions.

‘’The 4,671 registered nurseries make up only 10% of the nurseries operating in the country. As such, the ministry is currently in the process of identifying nurseries which have not been registered and helping them to do so,’’ Hannah added. — Bernama

Ibra reveals he was close to joining Napoli

2.Ibra reveals he was close to joining Napoli